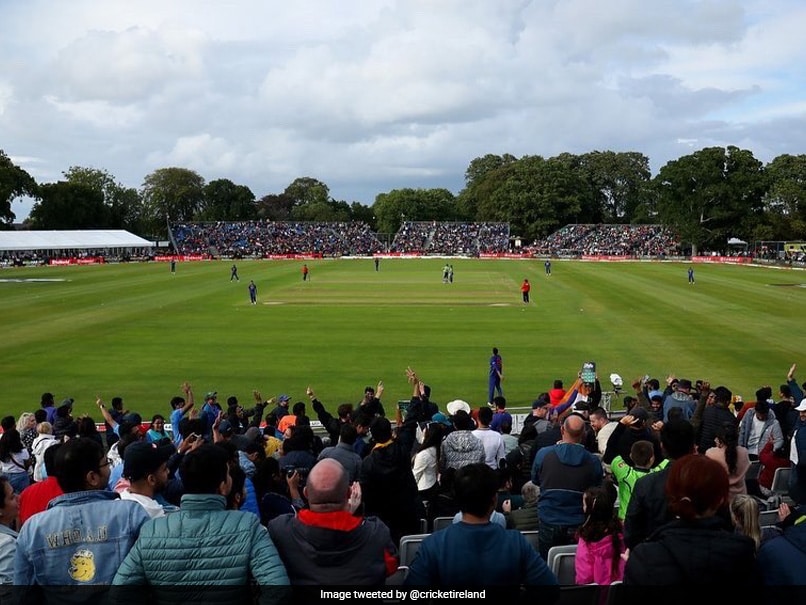 The Village Stadium in Dublin

Hardik Pandya-led India will look to complete a 2-0 sweep over Ireland when the two teams meet in the 2nd T20I on Tuesday at Malahide in Dublin. All eyes will be on the weather yet again as players would want to have a full 20-overs-a-side match. Persistent showers had ensured that the first match of the series at the same venue was restricted to a 12-overs-a-side contest.

But this is a series which is all about giving a chance to India's bench strength and see who are the ones who can stake a claim for a place in the ICC T20 World Cup squad.

Hence, the Indian team management would want a full match in order to test the players.

The weather for Tuesday at Malahide also doesn't look very promising. There is 76 percent cloud cover at Malahide according to weather website Accuweather and light showers are also expected.

Fans though would hope that the rain gods relent and stay away from the stadium so that a full match can be played.

Andy Balbirnie Ireland vs India 2022 Cricket
Get the latest updates on IPL Auction 2023 and check out  IPL 2023 and Live Cricket Score. Like us on Facebook or follow us on Twitter for more sports updates. You can also download the NDTV Cricket app for Android or iOS.