Virat Kohli took to social media to post some videos, where he could be seen working out with wife Anushka Sharma. 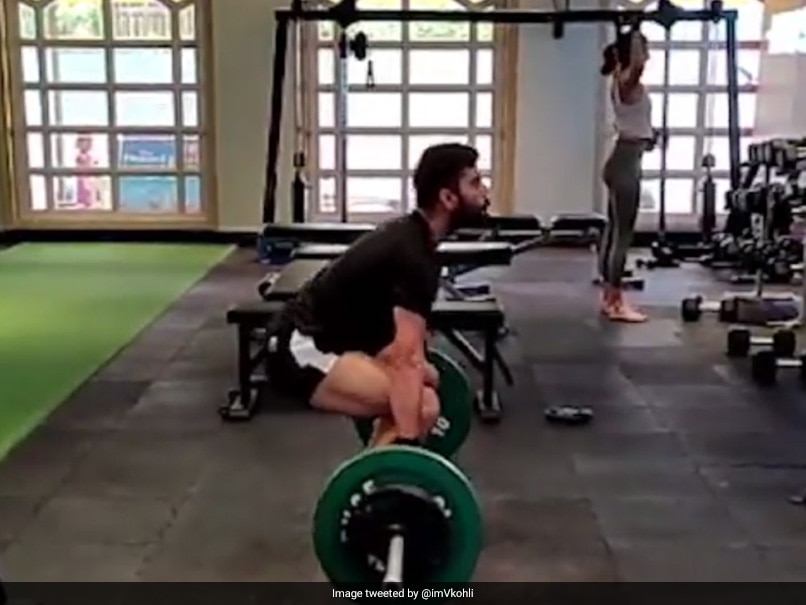 One of the fittest cricketers in modern-day cricket, Virat Kohli took to social media to share some weight training videos. Posting two videos on Twitter, Kohli could be seen working out with wife Anushka Sharma. The duo are currently Royal Challengers Bangalore (RCB) in their Indian Premier League (IPL) bio-secure bubble. RCB are currently fifth in the IPL 2022 Points Table with 10 points from 10 games (including five wins and five draws). Taking to Twitter, Kohli captioned the first video as. "Back to my favourite . With my favourite @AnushkaSharma".

Meanwhile, the second video didn't have any caption.

Here are the videos of Kohli weight training with Anushka:

The video was well-received by fans, with many hailing Kohli's fitness.

The former RCB captain hasn't been in the best of form in the ongoing campaign and has only been able to register 186 runs off 10 matches.

Despite his poor form, Kohli found some footing in his side's recent defeat vs Gujarat Titans (GT). Despite the loss, Kohli registered 58 runs off 53 balls, including six fours and a maximum which helped RCB post 170 for six in 20 overs. Chasing a target of 171 runs, GT reached 174 for four in 19.3 overs.

For their next match of the season, RCB face Chennai Super Kings (CSK) in Match 49 on Wednesday and Kohli will be aiming to build on his knock.

Virat Kohli IPL 2022 Cricket Social
Get the latest updates on Fifa Worldcup 2022 and check out  Fifa World Cup Schedule, Stats and Live Cricket Score. Like us on Facebook or follow us on Twitter for more sports updates. You can also download the NDTV Cricket app for Android or iOS.