Watch: How KKR's Pat Cummins Batted In Nets Ahead Of 14-Ball Fifty vs Mumbai Indians

This was Cummins' first match of IPL 2022, as he missed the team's first three matches. Cummins captained Australia to a 1-0 Test series win over Pakistan before joining the KKR squad earlier this month. 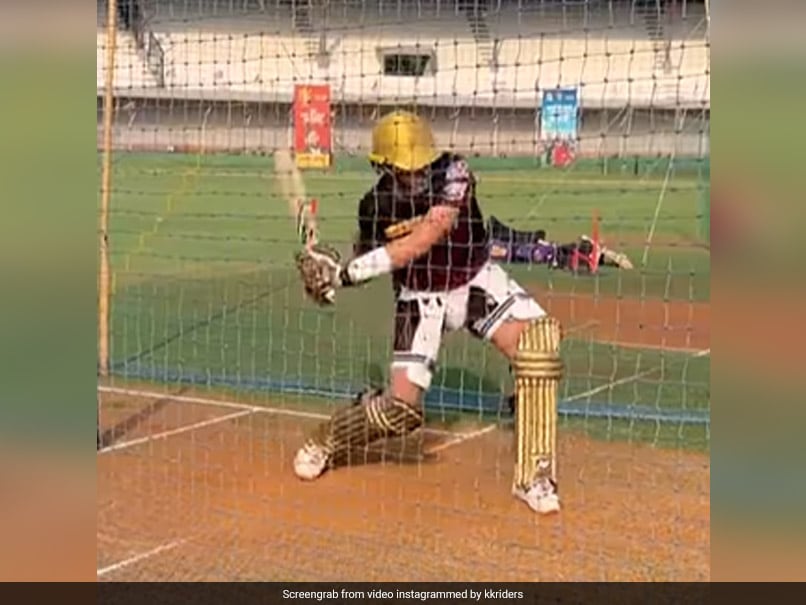 Pat Cummins stunned cricket fans in India and all over the world on Wednesday as he produced one of the most entertaining knocks in the history of IPL. Cummins scored the joint-fastest 50 in the history of the tournament a he took just 14 balls to reach his half-century and guided his team Kolkata Knight Riders (KKR) to an comprehensive win over five-time champions Mumbai Indians, putting the team in purple at the top of the IPL 2022 points table.

Cummins slammed 6 massive sixes and four boundaries and hit fellow Australian pacer Daniel Sams for 35 runs in an over to accelerate KKR's rush to victory.

KKR has now put out some videos of Cummins batting in the nets ahead of the match and that shows how he had been practising the big hits in the nets.

Cummins' effort matches that of KL Rahul, who too had hit a 14-ball half-century in the 2018 edition of IPL.

This was Cummins' first match of IPL 2022, as he missed the team's first three matches. Cummins captained Australia to a 1-0 Test series win over Pakistan before joining the KKR squad earlier this month.

Cummins was bought for Rs 7.25 crore by KKR in the IPL mega auction in February.

Mumbai Indians IPL 2022 Cricket
Get the latest updates on ICC T20 Worldcup 2022, check out the Schedule and Live Score. Like us on Facebook or follow us on Twitter for more sports updates. You can also download the NDTV Cricket app for Android or iOS.