"Was Down And Out": Ex-Pakistan Cricket Team Captain Recalls How Shah Rukh Khan Motivated Kolkata Knight Riders Citing His Own Career 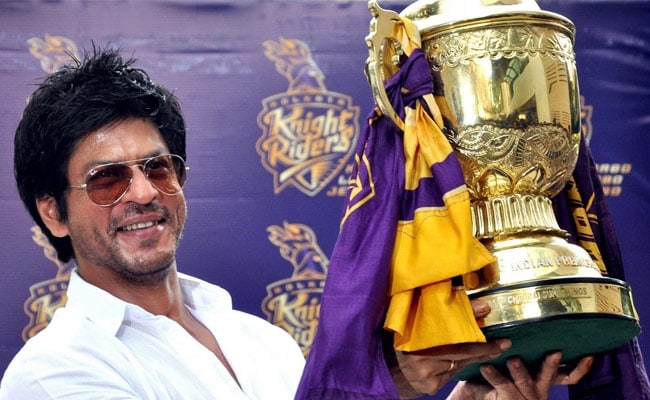 Shah Rukh Khan is a passionate Indian Premier League (IPL) team owner. Almost after every match of his franchise Kolkata Knight Riders (KKR) he has a message for them on social media. It was the same after KKR defeated Rajasthan Royals (RR) by seven wickets on Monday for their first win in IPL 2022 after five straight losses. "Wow again!!! @KKRiders boys!!" he wrote on Twitter. He has always been such passionate about his team. Former Pakistan cricket team captain Salman Butt recalled a special incident from the inaugural 2008 IPL to describe Khan's love for KKR.

Butt played for KKR in 2008, the only edition when players from Pakistan were allowed in the franchise league, and felt overjoyed by the warmth that he and fellow players received from Khan.

"They gave us metal helmets as present. Don't know what metal it's made of but that was really heavy. Speaking about the owners, Shah Rukh Khan was one of them, also Juhi Chawla. It was very intelligently put by the Indians. They mixed two big industries cricket and Bollywood. It was a hit at the launch itself. Whatever people wanted to see was there under one roof. It was also a different experience for us. I remember meeting Shah Rukh Khan in the dressing room. He was lying down on a kit bag. While the entire team sat on a sofa, Shah Rukh was on the ground, on the kit bag chatting with the players," Butt said in an interview to YouTube Channel Cricket Den.

"He is very down to earth, easy-going, and looked after the players. He treated us like he treated one of his guests. There was nothing like an owner. I joined the team after five matches as Pakistan had a series with Bangladesh. When I reached, seven or eight games were remaining and I played five or six. That time, the team had lost two or three fixtures. He held a team meeting and spoke to the players for 15-20 minutes. He tried to motivate us giving examples of the different phases of his career saying 'I was down and out, didn't know what will happen in my career'. He motivated us. It was different. He related life with cricket.”

KKR are two-time champions of the IPL and currently seventh in the 2022 edition.

Kolkata Knight Riders Shah Rukh Khan IPL 2022 Cricket
Get the latest updates on Fifa Worldcup 2022 and check out  Fifa World Cup Schedule, Stats and Live Cricket Score. Like us on Facebook or follow us on Twitter for more sports updates. You can also download the NDTV Cricket app for Android or iOS.