Virat Kohli shared his thoughts on the appointment of Faf du Plessis as the new Royal Challengers Bangalore captain. 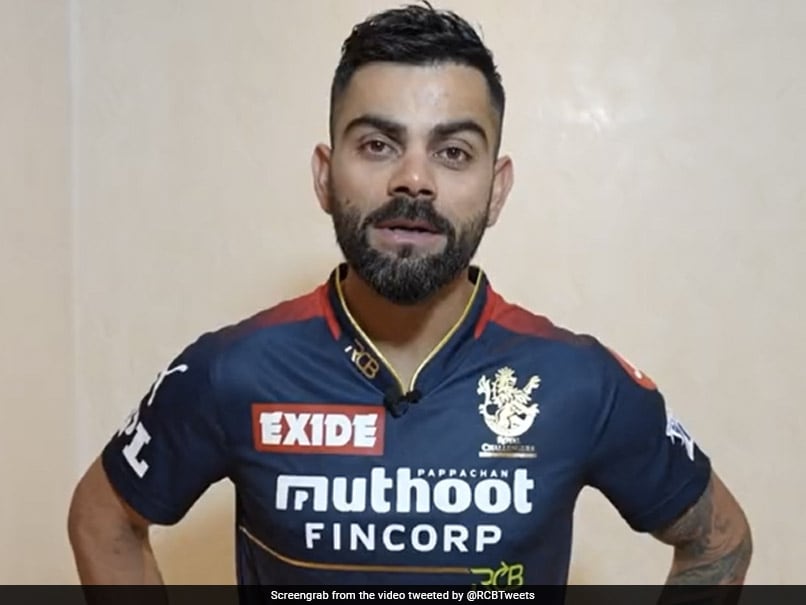 Former Royal Challengers Bangalore (RCB) captain Virat Kohli welcomed the appointment of Faf du Plessis as his successor ahead of the Indian Premier League (IPL) 2022 season. Shortly after RCB announced du Plessis as their new captain on Saturday, the Bengaluru-based franchise posted a video featuring Kohli. In the video, Kohli shared his thoughts on the appointment of du Plessis as the new RCB captain. "As you know that we are going to start our soon pretty soon, something I am very excited for; as I said, renewed energy -- really looking forward to this season. First and foremost, the most important news is that Faf is going to be the captain of RCB and I couldn't be happier to pass on the baton to a good friend, someone I have known well over the years," Kohli said in the video.

"We have been in touch for many years now and he is one of the few guys that I have gotten to known a little bit more apart from cricket and we get along very well. So, absolutely excited for him to lead RCB, to lead this amazing franchise and to play under him," added the former India captain.

"The partnership with Faf is going to be an exciting one for the RCB fans, along with Maxi (Glenn Maxwell) as well and the core group that we retained and also the squad that we put together this year, which I think is pretty amazing," he added.

"Happy to pass on the baton to Faf! Excited to partner with him and play under him" - A message from @imVkohli for our new captain @faf1307.#PlayBold #RCBUnbox #UnboxTheBold #ForOur12thMan #IPL2022 pic.twitter.com/lHMClDAZox

“The team looks balanced, pretty strong and I can't wait to get started and to catch up with Faf and the rest of the boys as well and really, really looking forward to this season.  I am very, very excited and as I said, renewed energy and it's going to be an amazing season to be a part of,” Kohli said.

Faf du Plessis IPL 2022 Cricket
Get the latest updates on Fifa Worldcup 2022 and check out  Fifa World Cup Schedule, Stats and Live Cricket Score. Like us on Facebook or follow us on Twitter for more sports updates. You can also download the NDTV Cricket app for Android or iOS.