GT vs RR: Jos Buttler has been in sparkling form throughout the tournament, and the Englishman had a special message for Rajasthan Royals fans ahead of the IPL 2022 final. 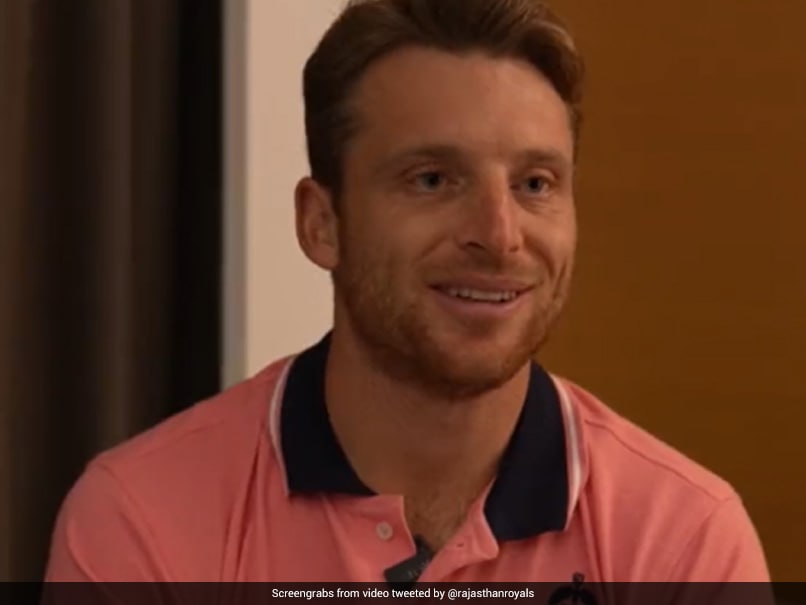 GT vs RR: Jos Buttler had a special message for RR fans ahead of the IPL final.© Twitter

Rajasthan Royals and Gujarat Titans clash in the IPL 2022 final at the Narendra Modi Stadium in Ahmedabad on Sunday. The contest will see two teams that had finished at the top of the IPL points table face clash against each other for the title. Gujarat Titans and Rajasthan Royals have already met each other twice this season with the former coming out on top on both oacassions. For RR, Jos Buttler has been in sparkling form throughout the tournament, and the Englishman had a special message for Rajasthan Royals fans ahead of the IPL 2022 final.

"A big thank you (to the fans) to be honest and to have a great time. We really feel the support from Rajasthan. We miss playing in front of you guys and hopefully it won't be too long until we are back playing in Jaipur in front of our home fans and we really look forward to seeing you in the stadium. The tournament's nothing without the fans, and we need that support. You guys make it very special for us. So, hopefully we'll do you proud," the current Orange Cap holder said in a video tweeted by Rajasthan Royals ahead of the IPL final.

The RR opener feels it's only right that the top two teams from the league stage will contest the IPL final.

"I think the two best teams in the tournament have ended up in the final and it sort of shows that the long period of the group stage that Teams 1 and 2 are there to contest the final, which is brilliant. And it's a bit of a one-off game. They have beaten us in a couple of matches but if we win one of the three, we'll be very happy at the end," added Buttler.

Rajasthan Royals had lost to Gujarat Titans in Qualifier 1 but bounced back in style to completely outclass Royal Challengers Bangalore in Qualifier 2 to book their berth in the IPL 2022 final.

Buttler has been head and shoulders above the rest with the bat in hand, amassing 824 runs in 16 matches so far.

Jos Buttler IPL 2022 Gujarat Titans vs Rajasthan Royals, Final Cricket Social
Get the latest updates on ICC T20 Worldcup 2022, check out the Schedule and Live Score. Like us on Facebook or follow us on Twitter for more sports updates. You can also download the NDTV Cricket app for Android or iOS.