"Excitement Is In The Air": Virat Kohli Shares Pic Ahead Of IPL 2022 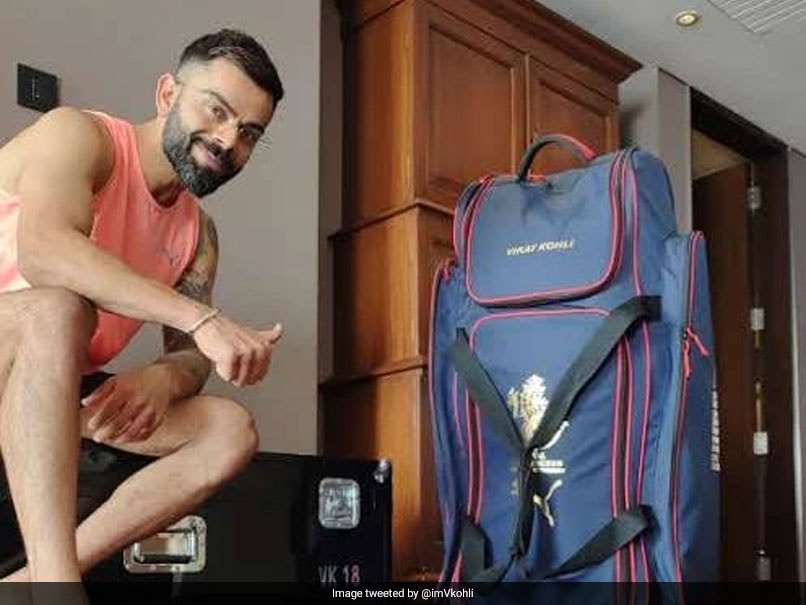 IPL 2022: Virat Kohli linked up with RCB squad in Mumbai on Monday.© Twitter

Maverick batter Virat Kohli will look to give his best in the upcoming season of the Indian Premier League (IPL). With captaincy burden no longer weighing him down, he will look to score big and help his franchise go all the way this season. RCB are still searching for their first IPL title win and under the leadership of Faf du Plessis, the franchise would hope for a change in fortunes. The IPL 2022 season will begin on March 26 but RCB will kickstart their campaign on March 27.

Kohli shared a picture on micro-blogging site Koo and he captioned the post as: "IPL around the corner and the excitement is in the air."

Koo App
IPL around the corner and the excitement is in the air.
View attached media content
- Virat Kohli (@virat.kohli) 22 Mar 2022

The right-handed batter Kohli linked up with RCB squad in Mumbai on Monday and is currently undergoing mandatory quarantine period.

"Wow. 15 years, it's quite unbelievable that the IPL has come this far. Renewed energy because I am off a lot of responsibilities and duties. Life is in a very good place, we have a child now, we have a family. It's about watching my child grow and doing what I love that is playing cricket," said Kohli on a video posted on YouTube channel of RCB.

RCB have appointed a new captain and Faf du Plessis will be donning the captaincy hat this season. The former Proteas captain was picked up by the franchise for Rs 7 crore in the mega auction.

RCB will play their first game on March 27 against the Mayank Agarwal-led Punjab Kings.

Virat Kohli IPL 2022 Cricket
Get the latest updates on ICC T20 Worldcup 2022, check out the Schedule and Live Score. Like us on Facebook or follow us on Twitter for more sports updates. You can also download the NDTV Cricket app for Android or iOS.