IPL 2022 Auction: Tilak Varma was acquired by Mumbai Indians (MI) for Rs 1.7 crore and his base price was Rs 20 lakh. 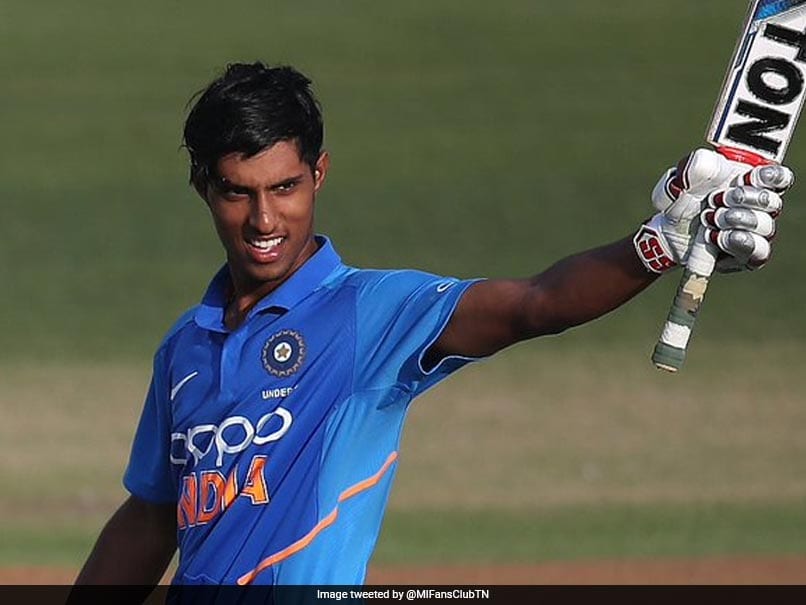 Young cricketer Tilak Varma was on cloud nine after he was bought for eight times his base price in the IPL 2022 auction. Mumbai Indians (MI) and SunRisers Hyderabad (SRH) were involved in a bidding war for the 19-year-old, who had a base price at Rs 20 lakh. MI eventually came out on top and purchased him for Rs 1.7 crore. Varma was following the auction with his friends and they cheered him on frantically after MI got him. The franchise took to Twitter to post a video of the moment MI acquired Varma as his friends screamed with joy and happiness. The video was captioned as, "That exact moment when all your dreams come true. Here's a jaadu ki jhappi from your #OneFamily, Tilak!"

That exact moment when all your dreams come true.

Varma came under the limelight during the 2020 U19 World Cup, where Indian team finished as runners-up after losing to Bangladesh in the final. Varma played two matches and scored 38 and 48.

He also represented Hyderabad in the Vijay Hazare Trophy, where he registered 180 runs including a match-winning knock of 139. He also bagged a four-wicket haul against Haryana.

The youngster will be looking forward to join the MI squad soon and rub shoulders with senior cricketers like Rohit Sharma and Jasprit Bumrah.

The Mumbai franchise had an auction to remember, acquiring Ishan Kishan for Rs 15.25 crore, making him the most expensive buy this year.

Kishan was released by MI after IPL 2021.

Mumbai Indians Tilak Varma IPL 2022 Cricket
Get the latest updates on IPL Auction 2023 and check out  IPL 2023 and Live Cricket Score. Like us on Facebook or follow us on Twitter for more sports updates. You can also download the NDTV Cricket app for Android or iOS.