"My Wish, But Will Never Happen": Hardik Pandya On Mumbai Indians Player He Wants At Gujarat Titans

IPL 2022: In a video shared by Gujarat Titans, Hardik Pandya expressed his admiration towards his close friend and former teammate at Mumbai Indians, Kieron Pollard. 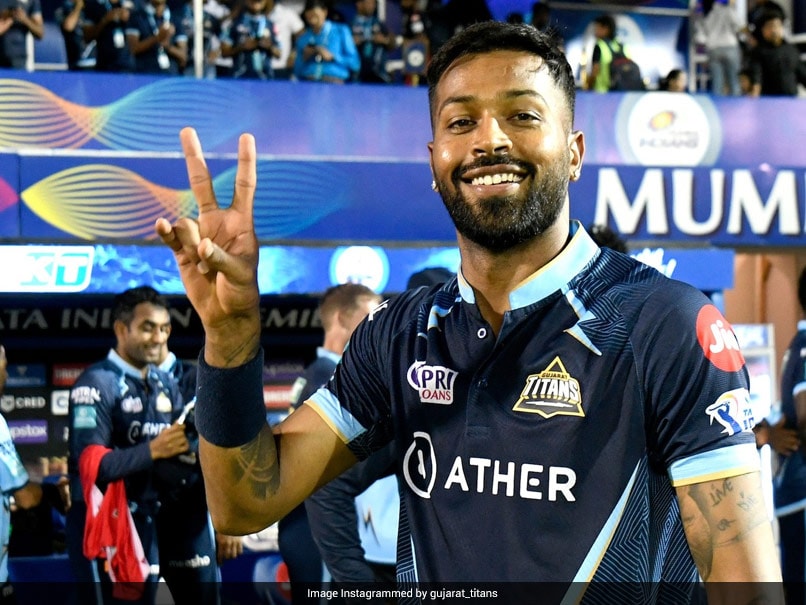 Hardik Pandya-led Gujarat Titans (GT) have, so far, had a terrific journey in their debut Indian Premier League (IPL) season, winning 8 of their first 10 games. Even in tough situations, certain GT players showcased immense application and calmness to rescue their team and take them over the finishing line. Hardik has been also lauded for his leadership skills and how he has managed his resources to almost perfection. However, in a video shared by GT on their social media platforms, Hardik, jokingly, revealed the name of one MI star he "wishes" to have in GT "next year".

Pandya referred to his close friend and former teammate at Mumbai Indians, Kieron Pollard and expressed his admiration towards the latter. However, he also added that this might "never happen" before giving a slight chuckle.

"I wish Polly (Pollard) to have the best day for him, but we win. I kind of messaged him a few days back as well that hope you're okay and hope you're doing well. I said we kind of miss you here. In a joking way, I said 'You never know, you might come to us next year!' It's my wish but I know it's never going to happen," said Hardik.

GT take on MI at the Brabourne Stadium in Mumbai. Both teams have had contrasting fortunes so far this season. On one hand, GT are currently the leaders of the IPL 2022 Points Table, MI meanwhile find themselves languishing at the bottom of the table with only one win in 9 games.

Kieron Pollard IPL 2022 Cricket
Get the latest updates on Fifa Worldcup 2022 and check out  Fifa World Cup Schedule, Stats and Live Cricket Score. Like us on Facebook or follow us on Twitter for more sports updates. You can also download the NDTV Cricket app for Android or iOS.