CSK youngster Prashant Solanki has spoken about the role MS Dhoni played when he took two wickets against Rajasthan Royals in an IPL 2022 match. 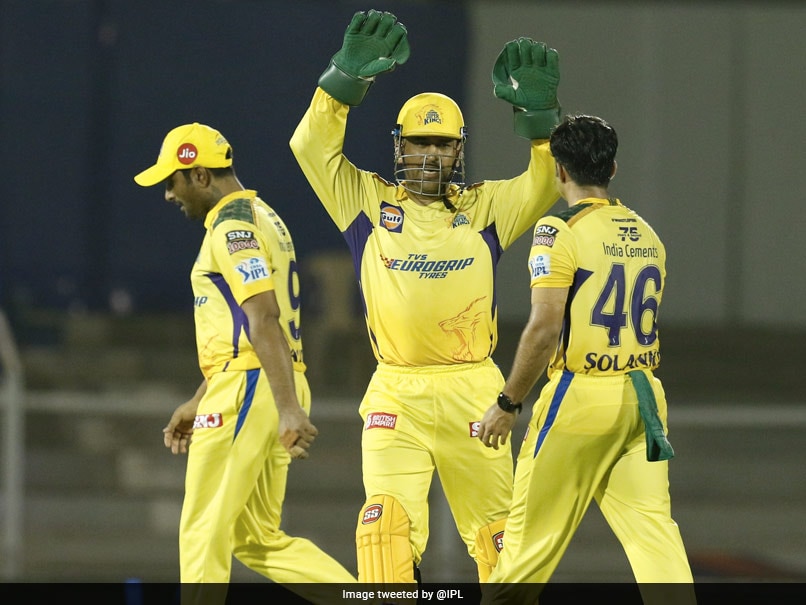 Prashant Solanki celebrates with MS Dhoni after taking a wicket in IPL 2022.© Twitter

Chennai Super Kings didn't have the best of outings in Indian Premier League 2022, finishing a lowly ninth. CSK won just four out of the 14 matches they played in IPL 2022, finishing with the same number of points (8) as bottom-placed Mumbai Indians, but a slightly better net run-rate. The Chennai franchise also had its problems in regards to captaincy. Just before the start of the tournament MS Dhoni gave up CSK's captaincy with Ravindra Jadeja taking over. But with CSK faring poorly in IPL 2022, Jadeja handed back the captaincy of the team to Dhoni mid-way. The merry-go-round surely didn't help the team, but with Dhoni back at the helm there was a momentary upsurge in the team's fortunes.

However, that was temporary as even Dhoni's Midas touch couldn't help CSK get into the playoffs race.

With CSK's chance of making the playoffs all but extinguished, the team decided to give some new faces a look-in. Among them was leg-spinner Prashant Solanki. The 22-year-old made his IPL debut in CSK's penultimate match of the season against Gujarat Titans.

The youngster impressed on his debut. Despite going wicketless, Solanki gave away just 18 runs off his four overs.

He got another opportunity, in CSK's final match of the season against Rajasthan Royals, Solanki gave away 20 runs from his two overs but picked up two key wickets -- Yashasvi Jaiswal and Shimron Hetmyer.

The CSK youngster has now revealed that MS Dhoni played a major part in the two wickets he bagged against Rajasthan Royals.

"In the second game, I came in to bowl a bit late because we didn't have a big total and he was shuffling the bowlers around. I was hit for a six off my first ball. Then he (Dhoni) gave me an indication that I have to pull my length back and keep it a little shorter. Let him play strokes on the bigger end. Then I was successful," Solanki said in an exclusive chat with Sportskeeda.

"He (Hetmyer) hit me for a boundary and then Mahi bhai indicated me once again to use the bigger side of the ground. I bowled the top spinner on his legs and he miscued it and was out on deep mid-wicket."

Dhoni, who has led CSK to four IPL titles, had provided a big update on his IPL future. Before the toss in the match against RR, Dhoni was asked about his future plans. The former Indian cricket team captain, in his own inimitable style, said he will be working hard to return next season.

"Definitely, it's a simple reason. It will be unfair to not play in Chennai and say thank you," Dhoni said at the toss.

"Mumbai is one place where as a team and as an individual, I have got a lot of love and affection. But, you know, it won't be nice to the CSK fans. And, also hopefully next year, it will be an opportunity where the team will be travelling. So, it will be like a thank you to all the different places playing games at different venues.

"Whether it will be my last year or not that's a big question because we can't predict about something that's two years down the line but definitely I will be working hard to come back strong next year," Dhoni added when asked about his future.

Shimron Hetmyer Yashasvi Jaiswal IPL 2022 Cricket
Get the latest updates on IPL Auction 2023 and check out  IPL 2023 and Live Cricket Score. Like us on Facebook or follow us on Twitter for more sports updates. You can also download the NDTV Cricket app for Android or iOS.