IPL 2021: Yuzvendra Chahal took two catches in RCB's match against Rajasthan Royals on Thursday, but he wasn't too pleased with Glenn Maxwell reaping the rewards with "TV diving". 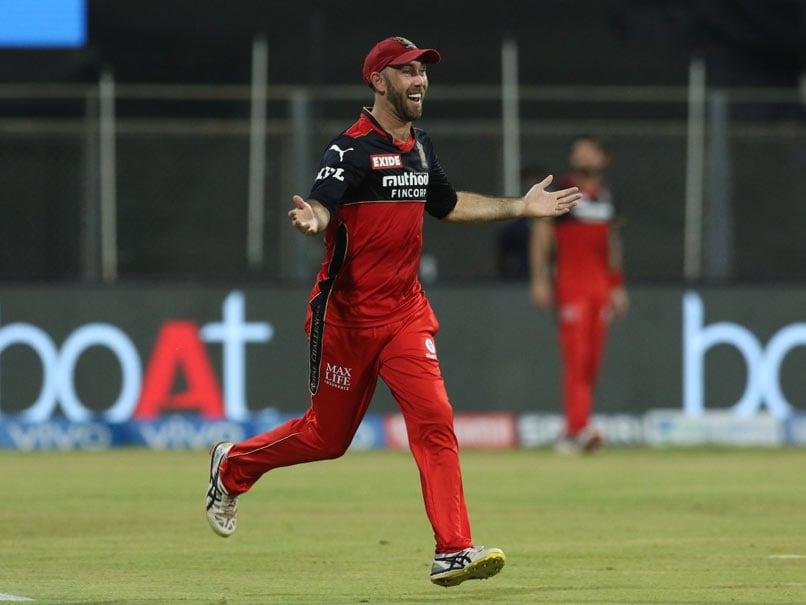 Royal Challengers Bangalore's emphatic 10-wicket win over Rajasthan Royals on Thursday was made all the more enjoyable by Yuzvendra Chahal, who led the post-match banter in the dressing room. One of Chahal's grouses was Glenn Maxwell "making a simple catch look hard" during the match and getting a phone as a reward for it. "I took two catches, made difficult catches look easy. That guy in the corner (pointing to Maxwell) made a simple catch look hard," said Chahal, to which Shahbaz Ahmed added, "Just for a phone." The frustration was apparent.

When Yuzi is in his elements, laughter is guaranteed. Here's what happened in the dressing room after our match against RR. #PlayBold #WeAreChallengers #IPL2021 #RCBvRR pic.twitter.com/tF0e9PKOWo

"Yuzi bhai makes a difficult catch easy because he plays for the team. And a few people make an easy catch difficult just for a phone," Shahbaz chipped in.

Chahal took his complaint to Mike Hesson, RCB director of cricket. "I took two catches," said Chahal. Maxi took only one catch," Chahal complained, before trying to recreate how Maxwell took the catch diving in front and on to the ground.

"Just for the phone," Chahal added. Hesson said, "Very Smart", only to elicit a firm "no" from Chahal.
Maxwell, not to miss out on any kind of banter, had a few gems in store as a reply.

Amid accusations of "TV diving" regarding his catch, Maxwell said, "The fact that you took one catch is a miracle enough. But two in a game - the batters are silly enough to hit it to you twice."

The banter followed what was a comprehensive performance by RCB as they chased down 178 in just 16.3 overs.

Opening batsman Devdutt Padikkal hit his maiden IPL century and remained unbeaten on 101 off 52 balls. Captain Virat Kohli made 72 not out off 47 balls.

Glenn Maxwell IPL 2021 Cricket
Get the latest updates on ICC Women's Cricket World Cup 2022 and IPL 2022, check out the Schedule , Live Score and IPL Points Table. Like us on Facebook or follow us on Twitter for more sports updates. You can also download the NDTV Cricket app for Android or iOS.