IPL 2021: A stylish maiden ton by Devdutt Padikkal and a classy half-century by skipper Virat Kohli helped Royal Challengers Bangalore cruise to a 10-wicket win against Rajasthan Royals and take the top spot in the points table. 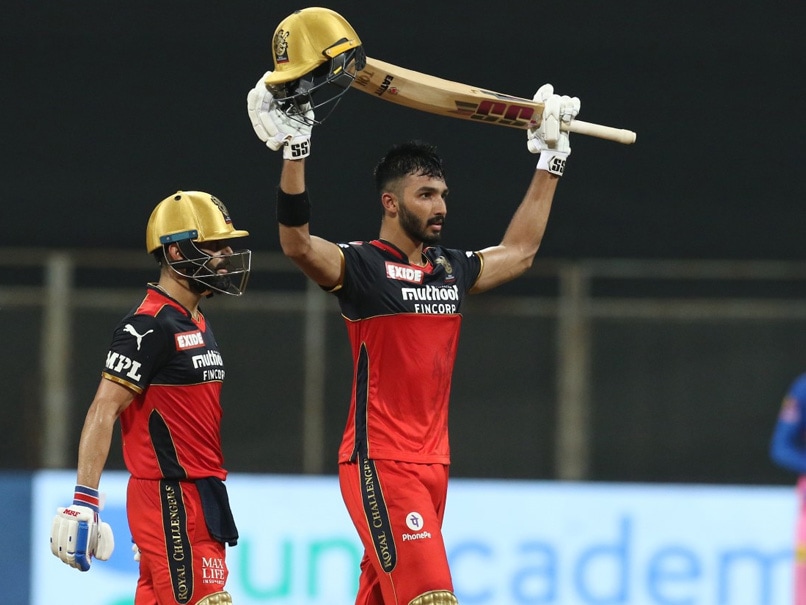 Devdutt Padikkal managed to overshadow none other than the great Virat Kohli with an elegant hundred in Royal Challengers Bangalore (RCB)'s successful 178-run chase against Rajasthan Royals (RR), in a virtual cakewalk of an IPL contest at the Wankhede Stadium in Mumbai on April 22. It hardly happens that someone as brilliant as Kohli, plays a second fiddle, allowing the talented left-hander use his sinewy wrists to caress the balls to all parts of the ground during a mind-blowing maiden IPL century, an unbeaten 101 off 52 balls.

RCB never looked in any tearing hurry and yet the target was achieved in only 16.3 overs with all 10 wickets intact. Kohli went on the offensive once Padikkal had ensured victory as his contribution was 72 not out off 47 balls in their unbroken opening stand of 181.

The RCB juggernaut continues to roll with their fourth victory on the trot and a strong foundation in the points table going into the third week of the tournament. RR, with a team that hardly inspires confidence, are again looking good for bringing up the rear.

The sixes that came off Padikkal's blade was more about timing than power as he hit 11 fours and six sixes during his knock.

Picking the length of Mustafizur Rahaman's short ball and getting into the shape to execute a perfect pull-shot for a six showed why experts feel that it's only a matter of time before he dons national colours.

The inside out chip off Riyan Parag over extra cover to complete his half-century off 27 balls, the sweep shots, the slash over backward point and the straight sixes with economy of footwork, were all testimony to his solid technical foundation.

Once Padikkal was in his mid 80's, the RCB skipper chanced his arms including a six over extra cover off RR's costliest buy Chris Morris.

Kohli's 50 came off 34 balls and was followed by a personal milestone of 6000 runs in IPL as RR surrendered way before the match officially ended.

Earlier, Rahul Tewatia's impressive death overs hitting ensured a fighting 177 for 9 for RR after yet another familiar top order no-show.

On a good batting surface, RR managed a total which may be 25 runs short but credit for the decent score goes to a counter-attacking effort from all-rounder Shivam Dube (46 off 32 balls) which stemmed the rot and big-hits from Tewatia (40 off 23 balls) that helped them get past 175-run mark.

Dube smashed two sixes and five fours and with Riyan Parag (25 off 15 balls) giving him good support, added 66 runs for the fifth wicket off only 6.2 overs to give his team's total some semblance of respectability.

While the giant all-rounder was comfortable playing at "home", using the pace of deliveries, the profligate top-order of RR once again flattered to deceive along with their skipper Sanju Samson, who has been "consistently inconsistent".

It took Dube's impressive effort to lend some muscle to the RR's rickety-looking scorecard.

For RCB, Mohammed Siraj's (3/27 in 4 overs) off-cutter first-up cleaned Jos Buttler (8) and Manan Vohra (7) , with another atrocious shot selection off Kyle Jamieson (1/28 in 4 overs), might have ensured a lengthy spell for himself in the dug-out.

Siraj then unleashed a perfect toe-crusher for David Miller (0) as skipper Virat Kohli made a perfect call for DRS. Samson (21 off 18 balls), maintained his near decade-long IPL tradition of fizzling out after one or two good knocks as a six off Washington Sundar was followed by an indiscreet chip shot at mid-wicket.

Dube's two sixes in one over from Yuzvendra Chahal (0/18 in 2 overs) over long-on forced Kohli to take his leg-spinner out of attack. Kane Richardson (1/29 in 3 overs) then denied Dube on what would have been a good half-century as Tewatia upped the ante in the final overs along with Chris Morris.

Sanju Samson IPL 2021 Cricket Royal Challengers Bangalore vs Rajasthan Royals, Match 16
Get the latest updates on ICC Women's Cricket World Cup 2022 and IPL 2022, check out the Schedule , Live Score and IPL Points Table. Like us on Facebook or follow us on Twitter for more sports updates. You can also download the NDTV Cricket app for Android or iOS.