RCB vs RR: During Royal Challengers Bangalore's win in Match 16 of IPL 2021, Virat Kohli celebrated his half-century by doing a cradle celebration for his daughter Vamika. 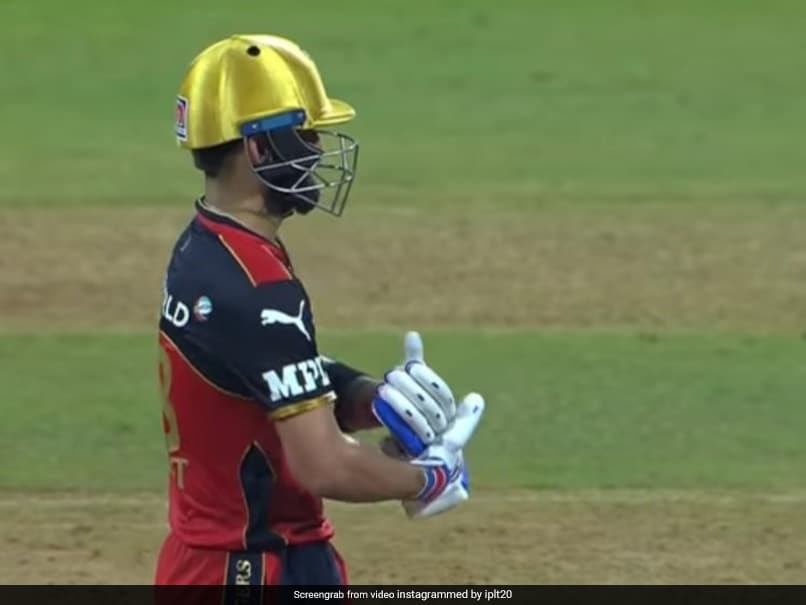 RCB vs RR: Virat Kohli did a cradle celebration during Match 16 after reaching his fifty.© Instagram

Virat Kohli was at his fiery best for Royal Challengers Bangalore (RCB) in Match 16 of the ongoing Indian Premier League (IPL) 2021, smashing an unbeaten half-century during their win vs Rajasthan Royals (RR), at the Wankhede Stadium on Thursday. RCB have been in excellent form this year, and haven't lost a match yet. The win against RR is their fourth on the trot. Reaching his first fifty of the season in the second delivery of the 13th over, Kohli first raised his bat towards his teammates in the dugout, then he pointed towards the stands and dedicated the knock to his daughter by doing a cradle celebration.

Here is the video of Kohli's celebration:

Kohli and Anushka Sharma's daughter Vamika was born on January 11.

During Match 16, RCB initially won the toss, and Kohli elected to bowl. RR had a poor outing with the bat, managing to set a target of 178 runs, which RCB chased in 16.3 overs without losing any wicket.

Kohli's outfit haven't lost a single match this season, and their winning run began with the IPL 2021 opener, when they defeated Mumbai Indians (MI) on April 9. On the other hand, RR are bottom of the table with only one win from four games.

Virat Kohli IPL 2021 Royal Challengers Bangalore vs Rajasthan Royals, Match 16 Cricket
Get the latest updates on India vs South Africa and check out  Schedule, Results and Live Score. Like us on Facebook or follow us on Twitter for more sports updates. You can also download the NDTV Cricket app for Android or iOS.