RCB vs RR IPL Highlights 2021, Royal Challengers Bangalore vs Rajasthan Royals : Devdutt Padikkal scored a classy ton and with Virat Kohli, took the attack to the opposition with an unbeaten 100-run opening stand to chase the 178-run target by the 17th over. 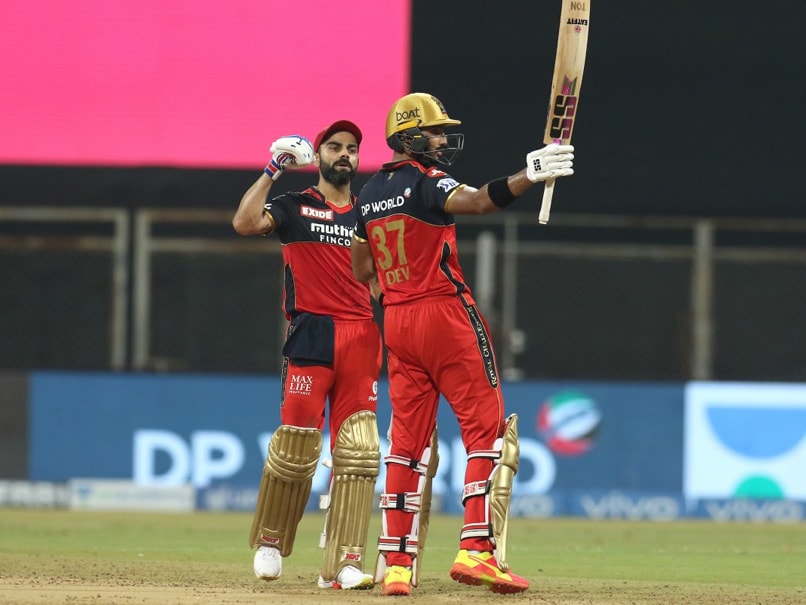 In Match 16 of the ongoing Indian Premier League (IPL), Royal Challengers Bangalore (RCB) openers dominated proceedings to take their team to victory by 10 wickets and 21 balls to spare. RCB rode on the magnificence of Devdutt Padikkal, who scored his maiden IPL century and the fastest by an uncapped player in IPL history while skipper Virat Kohli also put on a show with a gutsy half-century which was his first of the season. It was a no-show by the Rajasthan Royals (RR) bowlers as they received some intense hammering from the RCB openers from the word go. This win puts RCB on the top of the points table with fourth win on the trot, while RR slip to the bottom-most spot. (SCORECARD)

Virat Kohli IPL 2021 Cricket Royal Challengers Bangalore vs Rajasthan Royals, Match 16 Live Score Live Cricket Score Live Blogs
Get the latest updates on ICC Women's Cricket World Cup 2022 and IPL 2022, check out the Schedule , Live Score and IPL Points Table. Like us on Facebook or follow us on Twitter for more sports updates. You can also download the NDTV Cricket app for Android or iOS.