RR vs KKR, IPL 2021: Rajasthan Royals Players To Watch Out For

RR vs KKR, IPL 2021: Rajasthan Royals need to get off the bottom of the points table and a win against Kolkata Knight Riders at the Wankhede Stadium on Saturday will ensure that. 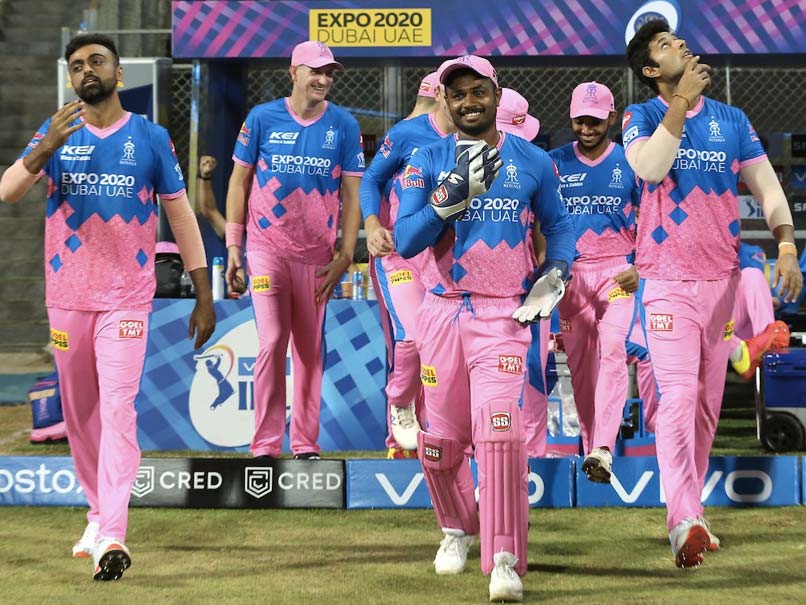 RR vs KKR: Sanju Samson would like to lead his side by example against KKR.© BCCI/IPL

Rajasthan Royals (RR) and Kolkata Knight Riders (KKR), who are both struggling at the bottom two spots on the points table, go up against each other at the Wankhede Stadium in Mumbai on Saturday. RR have had a terrible start to their IPL 2021campaign, winning only one out of first four matches and they are rock bottom on the table, while KKR's inability to win close matches has cost them multiple points in the season so far, leaving them on the seventh spot. But make no mistake, on their day Rajasthan Royals are capable of beating any side in the tournament, as was evident in their only win that came against a quality side like Delhi Capitals. After Ben Stokes' departure with injury, the side has suffered yet another blow as fast bowler Jofra Archer has also been ruled out of the ongoing edition. Despite that, the Rajasthan-based outfit still has some talented players up their ranks who can leave an impact on the match.

Chetan Sakariya, playing in his maiden IPL season, has impressed a lot, picking up six wickets from four matches which makes him RR's leading wicket-taker. However, lack of support from the other bowlers has left him with too much to do.

Sakariya's six wickets have come in two matches, and he has gone wicketless in the remaining two games. As the season progresses, RR would want consistency from their young left-arm pacer.

David Miller scored a crucial half-century in RR's only win of the season against Delhi Capitals. However, he is also struggling for consistency, and it has left RR's inexperienced middle-order vulnerable. Of his 64 runs, 62 came in one match and he could only manage two runs in the remaining two outings.

His knock against Delhi Capitals showed what he is capable of with the bat, but team would like him to score more consistently if they are to go deeper in the tournament.

Skipper Sanju Samsonis another batsman in the RR batting line-up who has gone quiet in the last few outings, after starting the season on a bang with an explosive hundred against Punjab Kings.

He is RR's leading run scorer with 145 runs from four matches, but the problem is 119 of those came in one match. Samson will have to take more responsibility on his shoulders and lead his side by example against KKR.

Chris Morris
Get the latest updates on ICC Women's Cricket World Cup 2022 and IPL 2022, check out the Schedule , Live Score and IPL Points Table. Like us on Facebook or follow us on Twitter for more sports updates. You can also download the NDTV Cricket app for Android or iOS.