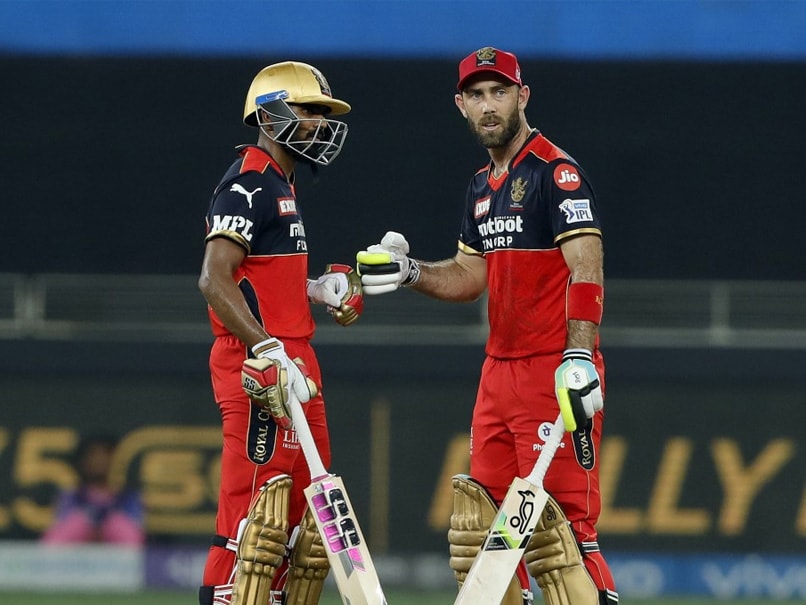 All-round performance from Royal Challengers Bangalore (RCB) guided them to their seventh victory of the season as they defeated Rajasthan Royals (RR) by 7 wickets in Match 43 of the Indian Premier League (IPL) 2021 at Dubai International Cricket Stadium in Dubai. In the chase of 150 runs Bangalore openers Virat Kohli (25) and Devdutt Padikkal (22) added 48 runs for the first wicket, then KS Bharat and Glenn Maxwell continued the momemtum provided by the openers and added 69 runs together for the third wicket. Maxwell remained not out and got to his half century in just 30 balls. Earlier Rajasthan Royals put up 149 runs on the board in their 20 overs and at one stage they were looking in a great touch after their openers gave a 78-run stand but RCB bowlers brought their team back in the game with consecutive wickets in the middle overs. Purple cap holder Harshal Patel was the pick of the bowlers for RCB, finishing with figures of three for 34. Yuzvendra Chahal gave away 18 runs in his four overs and took two crucial wickets. While Shahbaz Ahmed also got two wickets. With this win RCB now have 14 points in their hand and still at the third spot in the points table whereas RR are at the seventh spot with 8 points. (SCORECARD)

Evin Lewis IPL 2021 Rajasthan Royals vs Royal Challengers Bangalore, Match 43 Live Cricket Score Live Score Live Blogs Cricket
Get the latest updates on IND vs NZ 2021, check out the Schedule and Live Score . Like us on Facebook or follow us on Twitter for more sports updates. You can also download the NDTV Cricket app for Android or iOS.