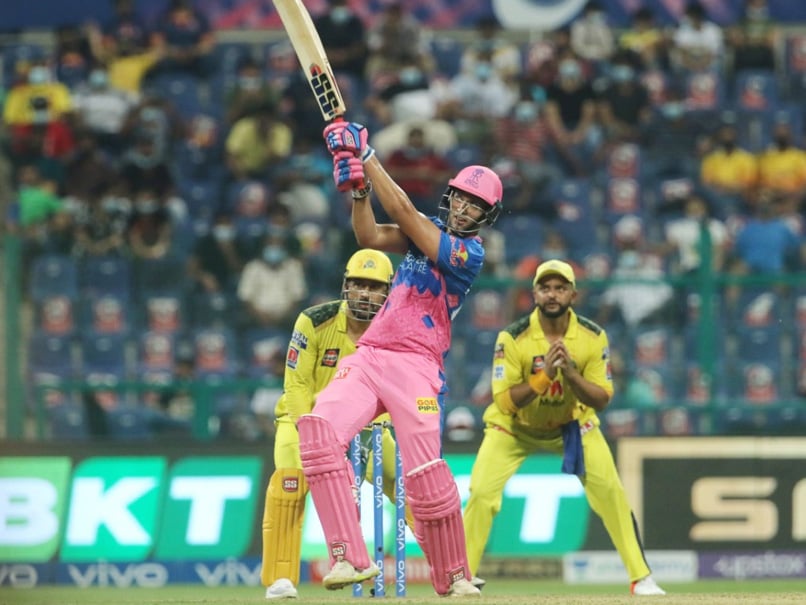 Quickfire fifties from Shivam Dube (64*) and Yashasvi Jaiswal(50) helped Rajasthan Royals (RR) beat Chennai Super Kings (CSK) by 7 wickets in Match 47 of the Indian Premier League (IPL) on Saturday at the Sheikh Zayed Stadium in Abu Dhabi. Chasing a target of 190 runs, Rajasthan got a flying start from their openers Evin Lewis (27) and Jaiswal who added 77 runs for the first wicket. Jaiswal got to his half-century in just 19 balls and when he got out Shivam Dube continued the momentum with skipper Sanju Samson (28). Dube and Samson added 89 runs for the third wicket. Earlier, while batting first Chennai set up the target of 190 runs in front of Rajasthan with the heroics of opener Ruturaj Gaikwad (101*) who scored his maiden IPL hundred. With this win, RR moved to the sixth spot in the points table and they have two more games left this year. If they win both matches with a better net run-rate, they will have a chance for a top-four finish while CSK are still on top of the points table. (SCORECARD)

Sheikh Zayed Stadium, Abu Dhabi Live Score Live Cricket Score Live Blogs Cricket
Get the latest updates on ICC Women's Cricket World Cup 2022 and IPL 2022, check out the Schedule , Live Score and IPL Points Table. Like us on Facebook or follow us on Twitter for more sports updates. You can also download the NDTV Cricket app for Android or iOS.