IPL 2021 Qualifier 1, Delhi Capitals vs Chennai Super Kings: The Big Battles To Look Out For

IPL 2021: Potential battles could decide the fate of Qualifier 1 between Delhi Capitals and Chennai Super Kings in the Indian Premier League 2021 in Dubai on Sunday. 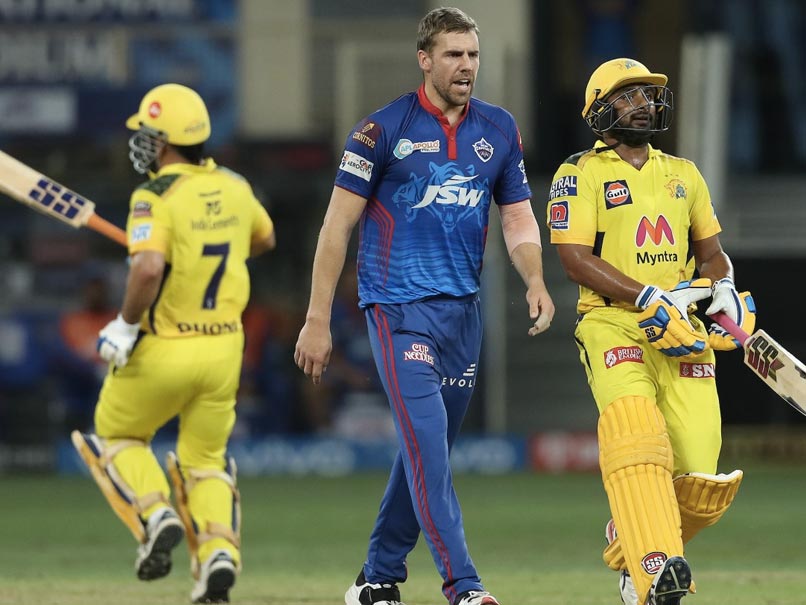 Delhi Capitals (DC) will take on Chennai Super Kings (CSK) in Qualifier 1 of Indian Premier League (IPL) 2021 at the Dubai International Stadium in Dubai on Sunday, with the winning team set to earn a place in the final. Having finished top of the standings in the league phase, DC will be full of confidence going into this game as they look to win their maiden IPL title. CSK, on the other hand, are on a three-game losing streak but will bank on their experienced team to help them take a step closer to a fourth IPL title.

Here is a look at five potential battles which could decide the fate of the game:

On the few occasions the two South Africans have faced each other, Rabada has been able to dismiss Du Plessis on multiple times. The duo will face off at the beginning of CSK's innings and this battle could give a glimpse of things to come.

Another battle at the beginning of CSK's innings that could help shape things for the rest of the match. Gaikwad and Nortje haven't faced each other on many occasions but given their current form, both will be key factors in this clash.

How the likes of Moeen Ali, Ambati Rayudu, MS Dhoni or others in the CSK middle-order negotiate spin in the middle overs will be crucial in deciding which way this match swings.

The two will come up against each other at the start of DC's innings. Dhawan has had a good season in this IPL while Hazlewood is one of the most important names in CSK's bowling line-up. They haven't faced each other often in recent years.

The duo has faced off on a few occasions, with neither having a particularly eye-catching record against the other. They could come up against each other in the middle or death overs of DC's innings and this battle could have a huge impact on the fate of the game.

Dwayne Bravo IPL 2021 Cricket
Get the latest updates on IND vs NZ 2021, check out the Schedule and Live Score . Like us on Facebook or follow us on Twitter for more sports updates. You can also download the NDTV Cricket app for Android or iOS.