IPL 2021, MI vs CSK: Kieron Pollard's scintillating 87 not out off 34 balls helped Mumbai Indians to their highest successful chase in the IPL. 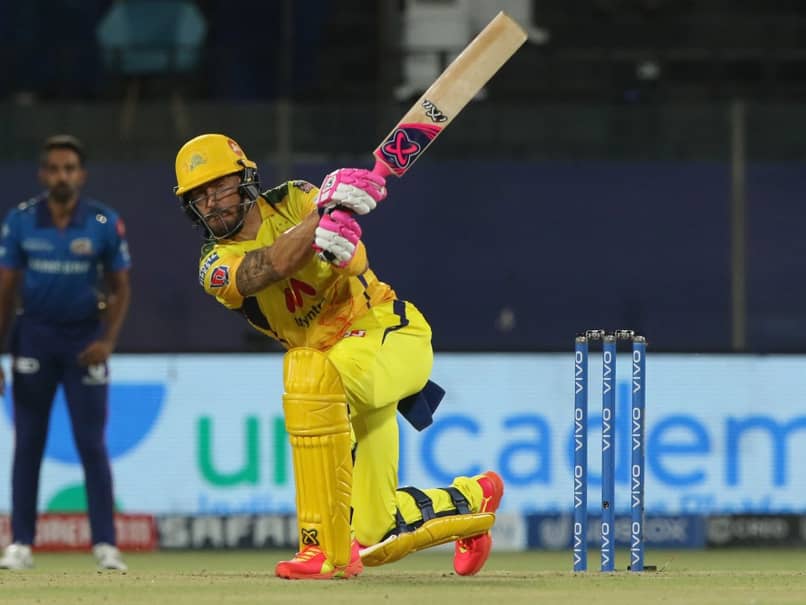 IPL 2021: Faf du Plessis' 50 took him to the second place in the list of top scorers this season.© BCCI/IPL

Kieron Pollard played an innings for the ages as he single-handedly carried Mumbai Indians to their highest successful chase in the IPL of 219 for 6 against Chennai Super Kings in Delhi on Saturday. Studded with 6 fours and 8 sixes, Pollard's 87* off 34 was the game-changing innings in a match that see-sawed until the last ball. With two needed to win off the final delivery, Pollard and Dhawal Kulkarni scampered for the second to seal the deal for Mumbai. The game had other high scorers too. Faf du Plessis, who made 50 off 28, made gains in the race to the Orange Cap. With this win, Mumbai are fourth on the table with 8 points from seven matches while CSK still top the table with 10 points.

With CSK sitting pretty at the top of the table with 10 points and the highest net run rate, Mumbai's win did more for themselves than dent CSK's campaign. Delhi Capitals (10 points) and Royal Challengers (10 points) are placed second and third respectively.

SunRisers Hyderabad languish at the bottom while Kolkata Knight Riders (sixth) and Rajasthan Royals (seventh) are tied on points (4 points) but separated by net run rate. Punjab Kings are fifth with 6 points.

Harshal Patel has the Purple Cap with 17 wickets from seven games. Avesh Khan is second on the list with 13 scalps and Rahul Chahar is placed third with 11 wickets. Chris Morris is fourth with 11 wickets but a higher economy rate than Chahar and Rashid Khan is fifth with 9 wickets.

Rohit Sharma Rahul Chahar IPL 2021 Mumbai Indians vs Chennai Super Kings, Match 27 Cricket
Get the latest updates on IPL 2021, IPL Points Table , IPL Schedule 2021 , live score . Like us on Facebook or follow us on Twitter for more sports updates. You can also download the NDTV Cricket app for Android or iOS.