IPL 2021, MI vs CSK: Ambati Rayudu was at his explosive best on Saturday and one of his big hits crashed straight into a fridge in the Mumbai Indians dugout. 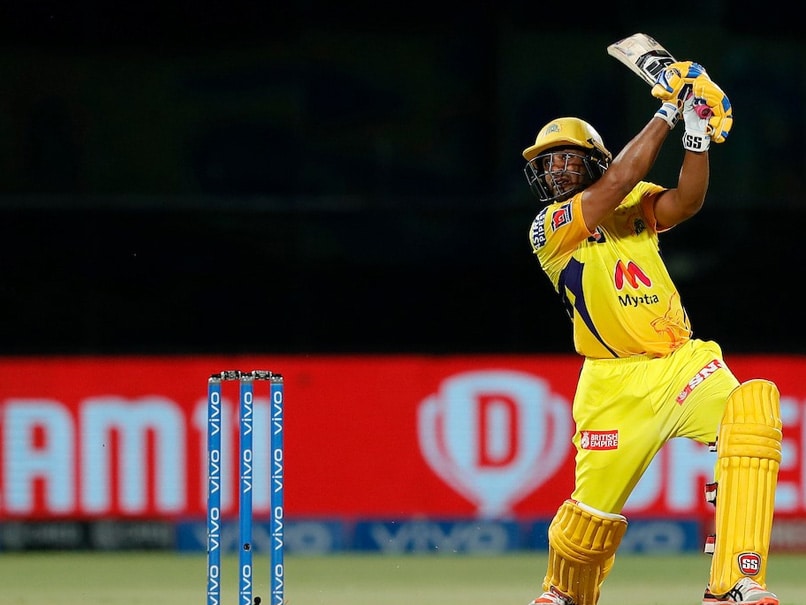 Ambati Rayudu was at his explosive best as he scored the joint second-fastest half-century of the Indian Premier League (IPL) 2021 against defending champions Mumbai Indians in Delhi on Saturday. Rayudu reached his 50 off just 20 balls and remained unbeaten on 72 as Chennai Super Kings (CSK)posted a mammoth 218/4 from their allotted 20 overs. Rayudu cleared the fence seven times during his 27-ball knock and one of them smashed the fridge door in the Mumbai Indians dugout. Rayudu smashed Bumrah for a six over extracover and the ball crashed straight into the glass of a refrigerator in Mumbai Indians dugout, breaking it into pieces.

Earlier, Rohit Sharmawon the toss and invited CSK to bat. The three-time champions got off to a poor start, losing in-form batsman Ruturaj Gaikwadfor for just four runs. After that Faf du Plessis and Moeen Ali forged a century partnership and scored runs freely, setting up a foundation for a huge total. Both the batsmen completed their half-centuries but Mumbai Indiansstuck thrice in successive overs to pull things back.

However, Rayudu spoilt their party with his mind-blowing hitting and helped CSK post a massive target for the five-time champions. With Rayudu going gung-ho from one end, Ravindra Jadeja, who helped his side beat RCB single-handedly, played a perfect second-fiddle and scored a run-a-ball unbeaten 22.

For Mumbai Indians, all-rounder Kieron Pollard picked up two wickets for 12 runs from his two overs, while Bumrah and Trent Boult picked up a wicket each.

Feroz Shah Kotla, Delhi IPL 2021 Cricket
Get the latest updates on ICC Women's Cricket World Cup 2022 and IPL 2022, check out the Schedule , Live Score and IPL Points Table. Like us on Facebook or follow us on Twitter for more sports updates. You can also download the NDTV Cricket app for Android or iOS.