IPL 2021, KKR vs SRH: Kane Williamson-led SunRisers Hyderabad will be playing for pride and could give some new faces a chance when they take on Kolkata Knight Riders on Saturday. 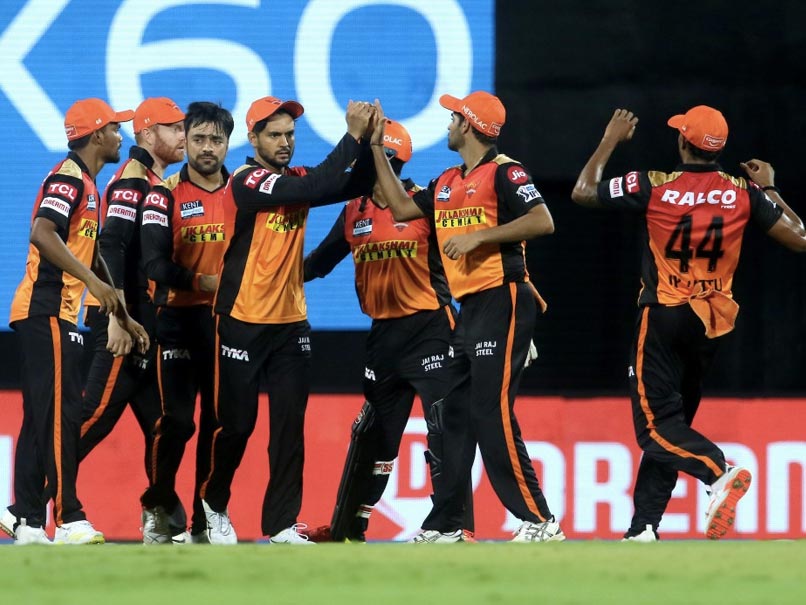 IPL 2021: SRH's team combination will be tested against a dangerous KKR side.© BCCI/IPL

Kane Williamson-led SunRisers Hyderabad (SRH) will take on Kolkata Knight Riders (KKR) in an Indian Premier League (IPL) 2021 tie on Sunday. SRH are already out of the playoffs race and will aim to collect a win under their belt and gain some confidence with a good outing. Williamson isn't expected to tinker much with his line-up so as to give confidence to a depleted side after a disappointing season. Williamson himself hasn't been able to stamp his authority much in IPL 2021 and will be looking to lead from the front against an inspired KKR side. SRH are placed last in the points table while KKR are currently fourth.

Here are the players we feel might play for SRH in their IPL 2021 clash against KKR:

Jason Roy: With the reputation that Roy comes with, he hasn't really justified. He did hit a half-century in his first outing in the UAE but failed in his second match.

Wriddhiman Saha: Saha's stays in the middle have been a struggle with the wicketkeeper batsman scoring at a run-a-ball mostly. The slow starts haven't helped SRH.

Kane Williamson: Williamson's average in IPL 2021 is one of the biggest reasons why SRH have been unsuccessful. 209 runs in 8 matches sounds good but not good enough if it's Williamson we are talking about.

Priyam Garg: Garg has been the talking point after scoring only 7 runs in two games but could still get the nod due to his skipper's belief in his talent.

Abhishek Sharma: Sharma has claimed only 2 wickets and scored 46 runs in the five matches he has played in. However, Kane will want more involvement from the player who is tipped to have a big future.

Abdul Samad: The all-rounder hasn't taken the IPL by storm and is still in the early days of understanding the level of play. In 8 matches, he has scored 83 runs and taken 1 wicket.

Jason Holder: Holder has been good with the ball and decent with the willow. He has scored 66 runs and taken 9 wickets in five games for SRH in IPL 2021.

Rashid Khan:Rashid's 14 wickets have come at an average of 19.50 and an economy of 6.20. However, his contributions and explosive hitting haven't been as influential with only 59 runs in 11 games.

Bhuvneshwar Kumar: The swing pacer hasn't got much to show as the conditions still remain hot and tough for fast bowlers.

Siddarth Kaul: Kaul has been quite decent but with only 5 wickets in 5 games, hasn't affected the outcome of matches.

Sandeep Sharma: One of the most consistent performers over the seasons, Sandeep is struggling this IPL and has only taken 3 wickets in 7 matches.

Jason Roy IPL 2021 Cricket Priyam Garg Abhishek Sharma
Get the latest updates on IPL Auction 2023 and check out  IPL 2023 and Live Cricket Score. Like us on Facebook or follow us on Twitter for more sports updates. You can also download the NDTV Cricket app for Android or iOS.