IPL 2021: Chennai Super Kings all-rounder Ravindra Jadeja turned the match upside down when he collected 20 runs in four deliveries of the penultimate over against Kolkata Knight Riders' pacer Prasidh Krishna. 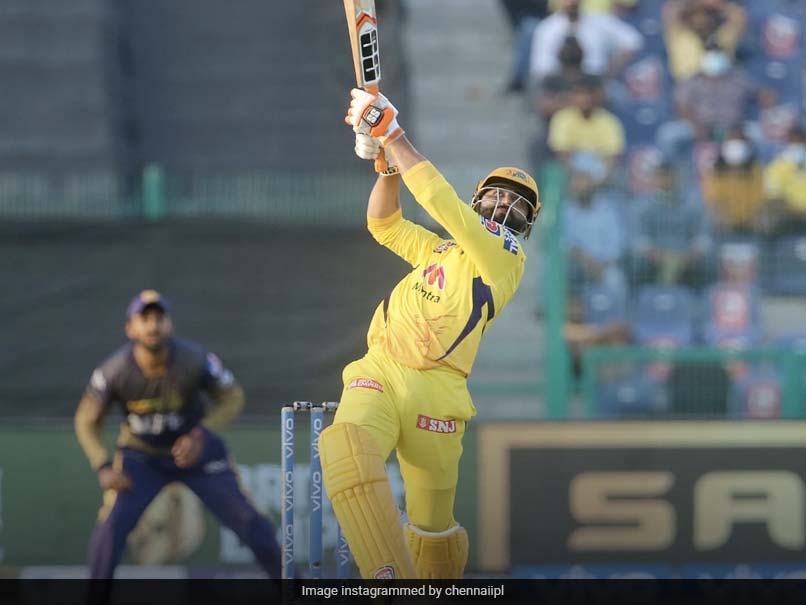 All-rounder Ravindra Jadeja brought back the smiles in the Chennai Super Kings (CSK) dugout when he collected 20 runs of the last four deliveries of the 19th over bowled by Prasidh Krishna of Kolkata Knight Riders (KKR). The match had heavily tilted in KKR's favour as they needed to defend 26 runs in the last two overs with MS Dhoni and Suresh Raina back in the pavilion. With Andre Russell clearly struggling with an injury, KKR skipper Eoin Morgan gave the ball to Krishna in the penultimate over.

The first two balls yielded only two runs as Krishna looked to be repaying his skipper's confidence in him. However, Jadeja had other plans in store as he stroked his way to two consecutive sixes followed by two boundaries.

This demoralising over didn't stop Narine from claiming two wickets in the final over and stretching the game to the last ball.

Despite KKR making a comeback every time they found their backs against the wall, CSK managed to go past the finishing line with one run needed off the last ball.

Jadeja was dismissed LBW by Narine after an explosive knock of 22 runs in eight deliveries. Jadeja also had a good outing with the ball, taking one wicket for 21 runs in four overs.

This win took CSK to the top of the IPL points table while KKR were placed fourth for the time being.

CSK have eight wins and two losses in 10 matches while KKR have four victories and six defeats.

Eoin Morgan Prasidh Krishna IPL 2021 Cricket Chennai Super Kings vs Kolkata Knight Riders, Match 38
Get the latest updates on ICC T20 Worldcup 2022 and CWG 2022 check out the Schedule, Live Score and Medals Tally. Like us on Facebook or follow us on Twitter for more sports updates. You can also download the NDTV Cricket app for Android or iOS.