Four Chennai Super Kings players, who were part of the India-England Test series, arrived in the UAE on Sunday for IPL 2021 resumption. 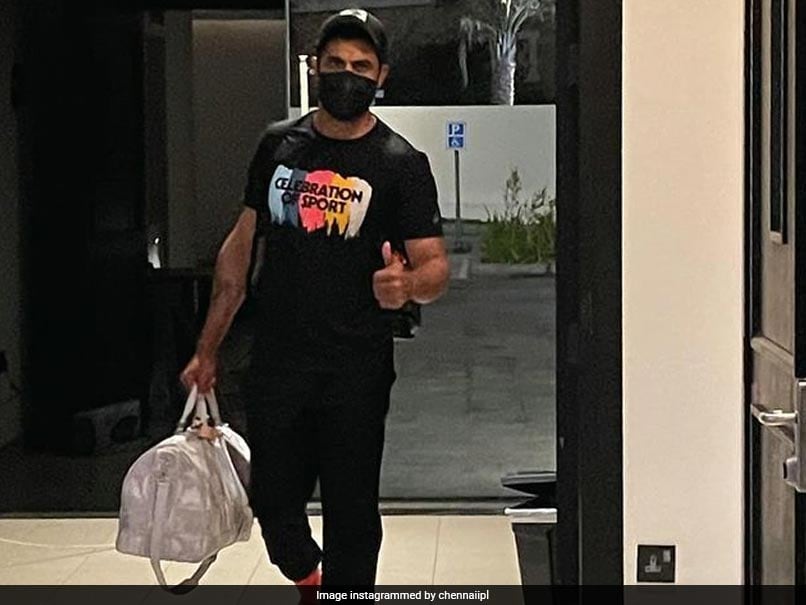 Ravindra Jadeja along with three other CSK stars arrived in Dubai on Saturday night.© Instagram

Chennai Super Kings (CSK) stars, who were part of the India-England Test series, arrived in the United Arab Emirates (UAE) on Saturday night for the resumption of Indian Premier League (IPL) 2021, the franchise announced. CSK took to Twitter to share pictures of Ravindra Jadeja, Cheteshwar Pujara, Moeen Ali and Shardul Thakur and captioned it as "En-coming 4 times the joy today at Whistles Kingdom!" Like other teams, the four CSK players are also expected to undergo a six-day quarantine before joining the rest of the squad.

All the four players were in Manchester for the fifth and final match of the five-Test series which was cancelled after Covid outbreak in the Indian team contingent.

"All of our Indian players who were part of the England Test series (Jadeja, Pujara and Thakur) along with England all-rounder Moeen Ali landed yesterday night and have joined the side. Sam Curran will be joining the team in a couple of days' time," CEO K.S. Viswanathan was quoted as saying on the official CSK website.

He further added: "The players who are part of the CPL - Imran (Tahir), Faf (du Plessis) and (Dwayne) Bravo - will complete the tournament and join the team in a bubble to bubble transfer."

Earlier, Mumbai Indians and Delhi Capitals also took to Twitter to announce the arrival of their stars for the UAE leg of IPL 2021.

The franchise-based league was halted midway after several franchises reported Covid cases inside the bio-secure bubble in May earlier this year.

CSK, led by MS Dhoni, were two points behind table toppers Delhi Capitals when the Indian board and IPL governing council unanimously decided to postpone the T20 league.

CSK had played seven matches and had 10 points next to their name with five wins.

The three-time IPL champions and defending champions Mumbai Indians will kick off the UAE leg of IPL 2021 at the Dubai International Stadium on September 19.

The remaining matches of the curtailed season will be played across three venues in Dubai, Abu Dhabi and Sharjah.

Cheteshwar Pujara Cricket
Get the latest updates on IND vs NZ 2021, check out the Schedule and Live Score . Like us on Facebook or follow us on Twitter for more sports updates. You can also download the NDTV Cricket app for Android or iOS.