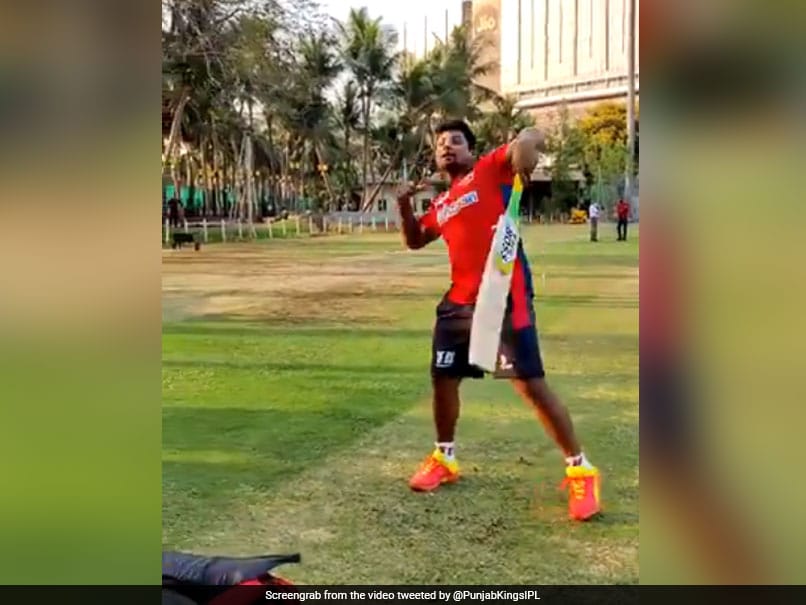 With the upcoming season of Indian Premier League (IPL) set to begin, the mood in the Punjab Kings camp seems to be a cheerful one. The franchise posted a video on social media, where Sarfaraz Khan can be seen mimicking Darren Sammy's playing style in front of cricketers from West Indies, and he also receives Chris Gayle's approval. The Indian cricketer's acting was so funny that it left his audience in splits, with Gayle stating, "Yeah, that's Sammy. That's Sammy for real!".

The Punjab-based team will play their first match on April 12, when they face Rajasthan Royals (RR).

Punjab Kings had a bittersweet campaign during the 2020 season, at the United Arab Emirates (UAE). Missing out on a playoff spot, they finished at sixth position during the league phase, with six wins and eight defeats.

Meanwhile, Mohammed Shami was their leading wicket-taker, with 20 dismissals. He was eighth in the Purple Cap race.

With an aim to challenge for playoffs in IPL 2021, Punjab Kings roped in Australian pacer Jhye Richardson for Rs 14 crore during the player auction. Riley Meredith was bought for Rs 8 crore.

Meanwhile, they also spent Rs 5.25 crore on Shahrukh Khan. The other new players in the team are Dawid Malan, Moises Henriques and Fabian Allen.

Chris Gayle IPL 2021 Cricket
Get the latest updates on ICC Women's Cricket World Cup 2022 and IPL 2022, check out the Schedule , Live Score and IPL Points Table. Like us on Facebook or follow us on Twitter for more sports updates. You can also download the NDTV Cricket app for Android or iOS.