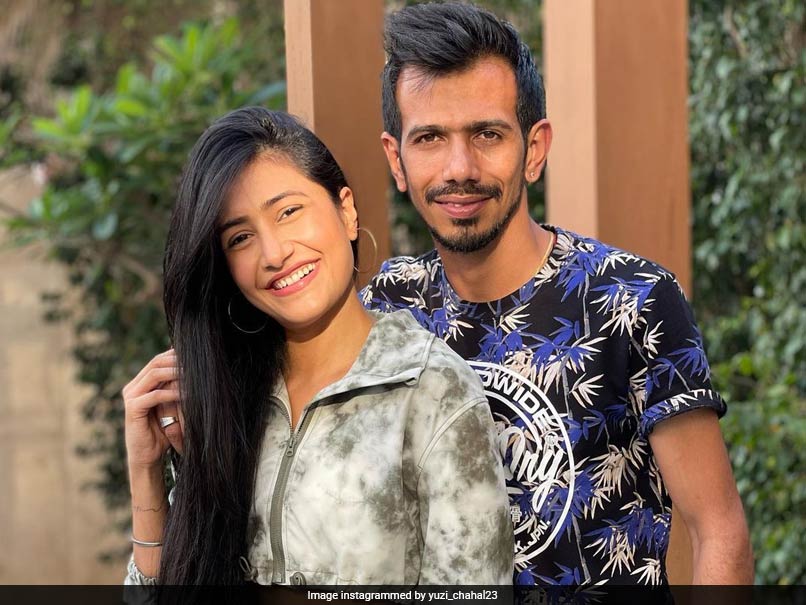 Royal Challengers Bangalore (RCB) leg-spinner Yuzvendra Chahaltook to Instagram on Wednesday to share a picture of himself with wife Dhanashree Verma, who is seen sporting a broad smile. "Loving the gains on me and the glow on her face," wrote Chahal, appreciating how her contagious smile is having an impact on him. Chahal and Dhanashree got married in December last year and the couple recently released their wedding film, which became a huge hit on YouTube.

Chahal is currently in Chennai where RCB are scheduled to play their first three league matches. RCB will kick start their IPL 2021 campaign against defending champions Mumbai Indians on April 9, which will be Chahal's 100th match in the cash-rich league.

Punjab Kings batsman Chris Gayle also reacted on Chahal's post and posted a few emojis, while Dhanashree also used a couple of emojis to express her love for the picture. 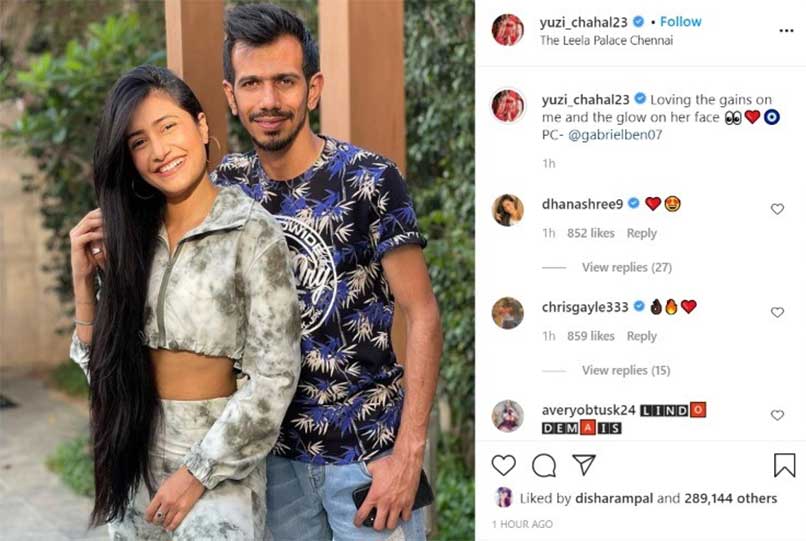 Having shared the dressing room with Chahal at RCB, Gayle shares a great relationship with the leg-spinner and the two have been involved in several fun banters on social media in the past.

Chahal was one of the standout performers for RCB in the last edition in the UAE, picking up 21 wickets from 15 matches. With Chennai's MA Chidambaram stadium known its spin-friendly pitches, Chahal would be eager to go out there and perform and give their side a head-start in the tournament as they look to lay their hands on the elusive title.

The 30-year-old spinner has been one of the mainstays of RCB's bowling attack. He has 121 wickets from 99 IPL matches and what has stood out over the years is his decent economy rate of 7.67 runs per over, especially when M. Chinnaswamy Stadium, where he has played majority of IPL matches, is renowned for high-scoring games.

MA Chidambaram Stadium, Chennai
Get the latest updates on India vs South Africa and check out  Schedule, Results and Live Score. Like us on Facebook or follow us on Twitter for more sports updates. You can also download the NDTV Cricket app for Android or iOS.