India leg-spinner Yuzvendra Chahal and his wife Dhanashree Verma shared a snippet from their wedding film on social media. The two got married in December 2020. 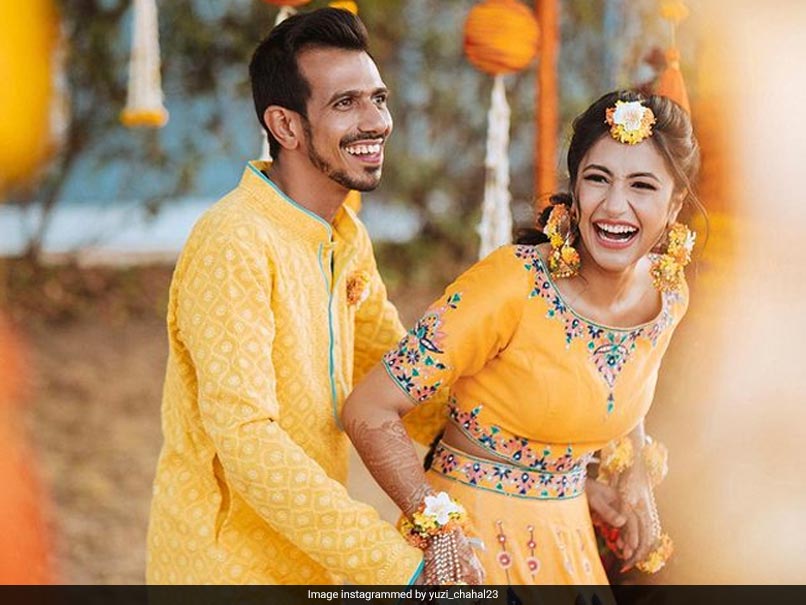 India cricketer Yuzvendra Chahal and his wife Dhanashree Verma on Saturday released their wedding film, sharing a snippet of it on social media. Chahal and Dhanashree got married in December 2020 and the two have posted several pictures and videos on social media to share moments from their wedding rituals. "When two hilarious energetic people come together" is how Chahal captioned the video while Dhanashree wrote: "Paaji shaadi ke baad sabki life hai risky (Life gets risky after marriage, brother). Chahal is part of Royal Challengers Bangalore squad for IPL 2021 and is set to play in RCB's season opener against Mumbai Indians on April 9.

The two were spotted alongside Mohammed Siraj and Jonny Bairstow recently when some India and England cricketers moved from Pune, the venue for the last leg of England's 2021 tour to India, to link up with their respective IPL teams.

RCB made the playoffs in IPL 2020 and Chahal was one of the standout performers for the team as he picked up 21 wickets from 15 matches.

Overall, the leg spinner has 121 wickets from 99 IPL matches at an economy rate of 7.67 runs per over.

The IPL moved to India for the 2021 season after the 2020 edition was held in the United Arab Emirates (UAE) due to the prevailing coronavirus pandemic.

The games will be played at six venues - Chennai, Mumbai, Delhi, Kolkata, Bengaluru and Ahmedabad - from April 9 to May 30.

The playoffs and the final will be played at the Narendra Modi Stadium in Ahmedabad.

RCB go into this tournament aiming to win their first title after having made the final in 2011 and 2016.