Shikhar Dhawan and Dhanashree Verma rocked a Bhangra dance together in a video shared on social media. 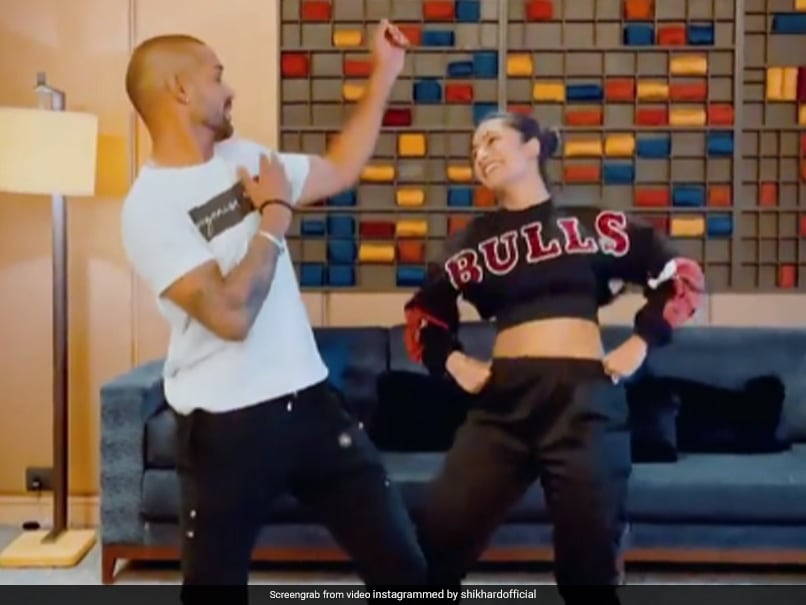 Shikhar Dhawan, who was in great form in the ODI series against England, is known for his fun-loving nature and great energy both on and off the field. Dhawan, especially during the lockdown last year, shared several videos of him breaking into dance with his family. And when he got the chance to shake a leg with India teammate Yuzvendra Chahal's wife Dhanashree Verma, who is a choreographer and dancer, it is needless to say, they set social media on fire.

In a video shared on Instagram, the duo can be seen breaking into a Bhangra dance. "Hitting the dance floor with the super talented and fun @dhanashree9," Dhawan captioned the video.

"Bhangra in gabbar style. Setting Instagram reels on fire together," Dhanashree wrote in her caption for the video.

Dhanashree Verma was with Yuzvendra Chahal during the India-England series. The couple, along with Mohammed Siraj on Tuesday left Pune to join the Royal Challengers Bangalore squad ahead of the 2021 season of the Indian Premier League.

Dhawan, who hit scores of 98 and 67 during the ODI series against England, will join up with Delhi Capitals squad.

The Capitals will play this season under the captaincy of Rishabh Pant. Pant was appointed skipper for the upcoming season, with regular captain Shreyas Iyer set to miss the tournament due to a shoulder injury picked up in the first ODI against England.

The Capitals reached their maiden IPL final last season, but had to settle for the runners-up spot as a rampant Mumbai Indians won their fifth IPL title.

Delhi Capitals Cricket
Get the latest updates on IPL Auction 2023 and check out  IPL 2023 and Live Cricket Score. Like us on Facebook or follow us on Twitter for more sports updates. You can also download the NDTV Cricket app for Android or iOS.