Ishant Sharma is "still a brother" for former West Indies captain Darren Sammy, who holds "no grudges" against the India pacer for using a racially offensive word to address him in jest during their stint as teammates in the IPL. 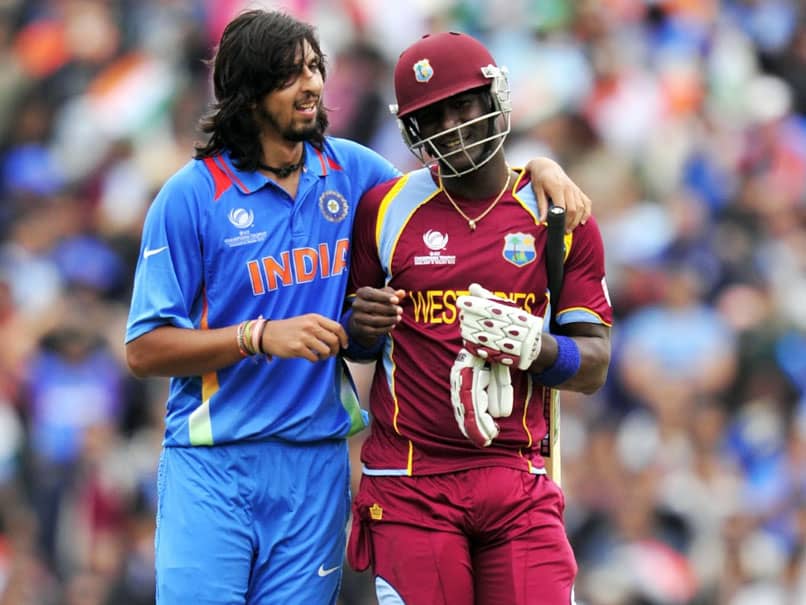 Ishant Sharma is "still a brother" for former West Indies captain Darren Sammy, who holds "no grudges" against the India pacer for using a racially offensive word to address him in jest during their stint as teammates in the IPL. Sammy had alleged that during his time with Sunrisers Hyderabad in 2014 and 2015, he was often referred to as 'Kaalu' (Black), a racial slur the meaning of which he understood only recently.  A picture posted by Ishant Sharma's official instagram page had addressed the West Indian by this word in the caption, lending credence to his charge.

An angry Sammy had initially sought an apology but softened his stand and asked for a dialogue instead.

"I don't hold grudges. I have spoken to Ishant Sharma. I consider him a brother like I did back in 2014 and '15 when playing for Sunrisers Hyderabad," Sammy told PTI in an interview facilitated by his Caribbean Premier League franchise St Lucia Zouks.

The two-time T20 World Cup-winning former captain made it clear that while he has moved on like Ishant, he wouldn't stop calling out anyone who uses racist slurs.

"But again if I find out that a possible racial slur is being used to describe me, no matter what time I find out, I will ask questions about it and that's what I did.

"I have spoken and voiced my opinion and I am moving on. All these issues started a conversation in the cricket fraternity. I have no regrets talking about that," he said.

Sammy, who played 232 international games for West Indies, has been very vocal against racism faced by blacks and people of colour after police brutality led to death of African-American George Floyd in the USA.

"I think it's just the way my mom raised me. You must stand up for the things you believe in whether injustice is being done to you or your fellow men. It's not just a movement because black lives do matter," one could gauge how strongly he felt about the issue.

"For years, we have been racially discriminated on the basis of our colour. We have gone through so much as a race, as people," he said.

"George Floyd was the straw that broke the camel's back. People had to raise their voice against the systemic injustice, police brutality against people of colour," the eloquent former Caribbean captain said.

When he was leading the West Indies, there were questions about his modest batting averages of -- 21 in Tests, 24 in ODIs and 17 in T20s -- apart from a bowling strike-rate of 73 plus in Tests and 61 in ODIs.

Sammy said captaincy is not always about delivering the maximum in terms of numbers.

"Leadership is about empowering others and that's the role I played in the later stages of my captaincy for West Indies and other teams that I led.

"Ideally, I would have liked to be a performer like some others but as leader you probably find less time to give yourself that attention," the St Lucia Zouks skipper said about his time in the international arena.

But doesn't he feel that a captain needs to be a performer to gain the trust of the dressing room.

"It varies, I believe, from team to team. It only helps that the leader is on top of that chart so that one can lead by example.

"But I will not let a lack of performance or two on my part deter me from speaking on team goals which will help the team go out there and win matches," said Sammy, who wants to win a silverware for St Lucia before retiring.

"I believe everything happens for a reason and I am now in a very happy place in my life. I have enjoyed playing cricket for the West Indies...the focus is on doing well for St Lucia Zouks as I am now closer to the end of my career and I want to finish on a good note.

A master at delivering quotable quotes, Sammy said he knows that he has played the game with pride and left a lasting impression for the kind of human being he has been.

"Let it sound cocky but I have played the game with a smile on my face. I am not bothered by how other people judge me. "With limited ability, I have achieved what my country, my friends and my kids can be proud of. I think I have been a leader there as well," he said.