This Day That Year: When Chris Gayle Scored An Unbeaten 175 In IPL

IPL 2021: On April 23, 2013, Chris Gayle hammered the quickest hundred in the history of the Indian Premier League, before producing the highest individual score of 175 not out in T20 cricket. 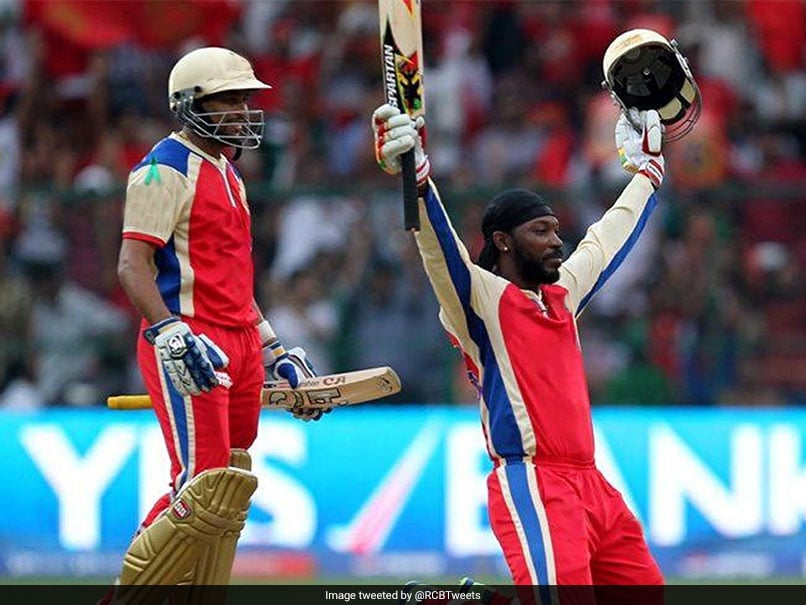 IPL 2021: Chris Gayle during his masterclass knock against Pune Warriors in 2013.© Twitter

Eight years ago, on this very day, Chris Gayle scored an unbeaten 175 runs against now-defunct Pune Warriors India (PWI) to register the highest individual score in the Twenty20 cricket. His feat still stands tall among the plethora of other IPL records. Before Gayle, the honour was with Brendon McCullum, who had scored 158 for Kolkata Knight Riders' (KKR) in the inaugural season of the cash-rich league. Gayle's incredible knock came off just 66 balls and it is still etched in the memory of most ardent fans.

Recalling one of the best innings in the history of the Indian Premier League (IPL), Punjab Kings on Friday shared a snap of the 'Universe Boss' from their net session and captioned it, "Highest-ever T20 score (175), Fastest T20 century, Most sixes in an innings. #OnThisDay, we all witnessed a #GayleStorm."

The historic moment took place during the 31st match of IPL 2013. It was raining that day and the match was delayed by a few minutes. However, no one could have foreseen what happened next.

Gayle opened RCB's batting alongside Tillakaratne Dilshan and soon raced to his fifty off just 17 balls. After that, he took just 13 balls to score his hundred. Gayle's 30-ball 100 in that game is still the fastest century in the IPL. Gayle scored 75 runs off his next 36 balls. His 175-run knock was laced with 17 sixes.

Riding on the Gayle storm, RCB posted 263 runs for the loss of five wickets in their 20 overs and in the process became the first team to cross the mark of 250 runs in IPL. RCB's 263 against PWI still stand as the highest ever team total in the history of the event.

In reply, Pune managed to score a paltry 133/9, as RCB registered a majestic 130 run victory.

Chris Gayle IPL 2013 IPL 2021 Cricket
Get the latest updates on IPL Auction 2023 and check out  IPL 2023 and Live Cricket Score. Like us on Facebook or follow us on Twitter for more sports updates. You can also download the NDTV Cricket app for Android or iOS.