IPL 2021: Punjab Kings posted a video of Chris Gayle waking up early to enjoy his "egg-ceptional" breakfast in peace. 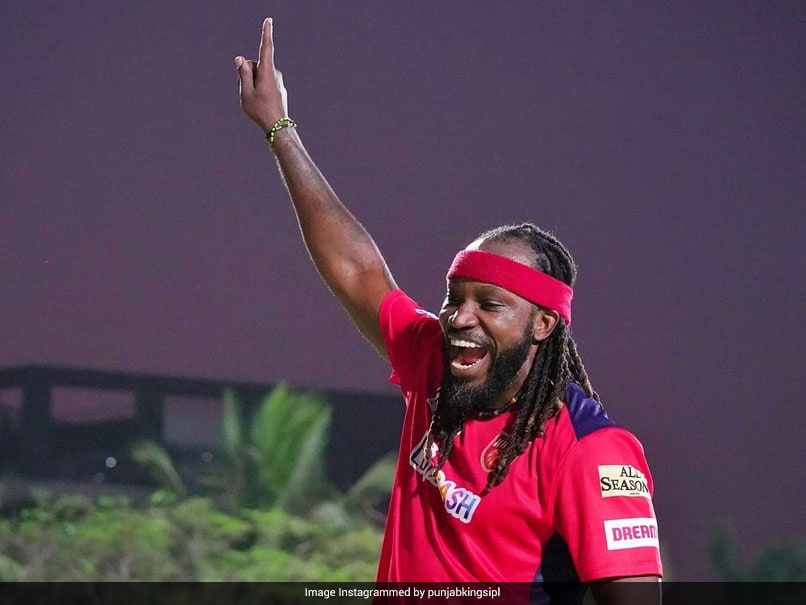 Punjab Kings' explosive batsman Chris Gayleneeds no introduction when it comes to hitting big sixes, with great ease. He is the only player in the world to have hit 1,000 sixes in the shortest format of the game, and after so many years he is still going strong. Apart from his heroics on the field, he is also known for living a lavish lifestyle as seen in the numerous pictures and videos on Instagram. On the eve of their upcoming match against SunRisers Hyderabad, Punjab Kings' official Twitter handle shared a video of Gayle, enjoying an "egg-ceptional" breakfast. In the video, Gayle can be heard saying that he likes to wake up before anyone else and rush to the hotel's dining area to enjoy his breakfast in peace.

"#UniverseBoss is just Egg-ceptional," Punjab Kings tweeted, along with a teary-eyed emoji.

Gayle starts with porridge, before moving to an omelette. The video ends with Gayle thanking the hotel staff for serving him well, while enjoying a piece of watermelon.

In the three matches he has played so far in IPL 2021, Gayle has scored just 61 runs. He started the season well with a brisk 40 against Rajasthan Royals in their opening match but wasn't able to get going in the next two fixtures, departing for 10 and 11 against Chennai Super Kings and Delhi Capitals respectively.

After losing two out of their first three matches, Punjab Kings have slipped to seventh spot on the points table.

They played their first three matches in Mumbai but have changed their base to Chennai for next couple of games.

With a change in venue, they would hope to turn things around and get back to winning ways as they take on SRH on Wednesday.

MA Chidambaram Stadium, Chennai IPL 2021 Cricket
Get the latest updates on Fifa Worldcup 2022 and check out  Fifa World Cup Schedule, Stats and Live Cricket Score. Like us on Facebook or follow us on Twitter for more sports updates. You can also download the NDTV Cricket app for Android or iOS.