IPL 2021: During Monday night's IPL game, RR pacer Mustafizur Rahman overstepped just by a few inches and it was called a no-ball, while Dwayne Bravo, who had gained a good couple of yards even before the ball was bowled, got away with it. 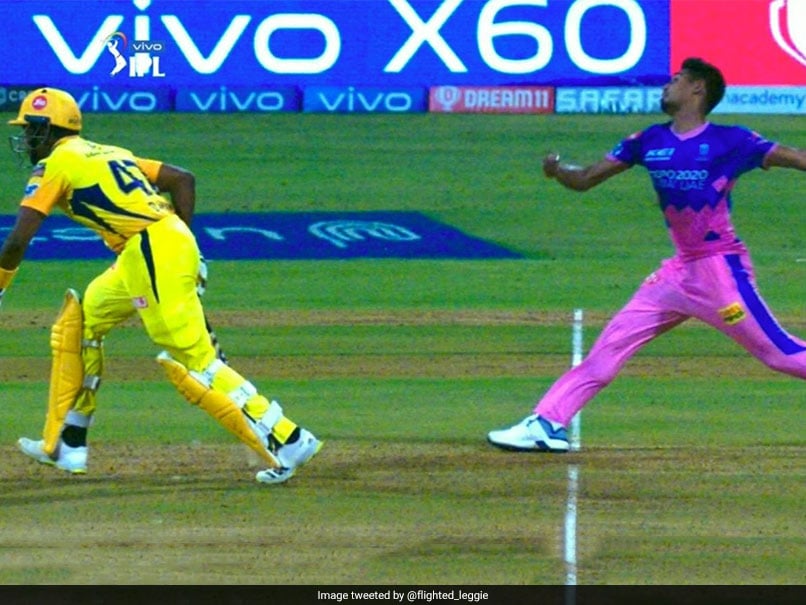 IPL 2021: Dwayne Bravo was seen backing up too far before the ball was bowled.© Twitter

The Twenty20 format, while it is interesting, can sometimes be cruel for the bowlers, as even their smallest of mistakes can cost them big in a close contest. To make things worse, even the rules favour the batsmen and there have been instances in the past when a bowler's actions become a huge point of debate while the batsmen get away with just about anything. One such incident happened during an IPL 2021game between Chennai Super Kings (CSK) and Rajasthan Royals (RR)on Monday. During CSK's last over of the innings, Dwayne Bravo, standing at the non-striker's end, left the crease way before Mustafizur Rahman has delivered the ball, gaining a good couple of yards. While delivering the ball, Mustafizur Rahman overstepped just by a few inches and it was called a no ball, while Bravo's action went under the radar.

Look where Bravo was even before Mustafizur Rahman's delivery pic.twitter.com/TPg54kqScX

The incident made several cricketers furious, with former India bowing coach Venkatesh Prasadbeing one of them, who shared his disappointment on Twitter. Prasad, who played 33 Tests and 161 ODIs for India, questioned the double-standards and asked ICC how targeting a bowler who as per the rules runs out a batsman, who is trying to gain undue advantage, was fair.

Calling it against the spirit of the game is a joke @ICC .#CSKvRR pic.twitter.com/vIHqbe6fWU

Bravo went on to play a crucial cameo, scoring 20 not out off just eight balls, including a last ball six, as CSK posted 188/9 from their 20 overs.

Wankhede IPL 2021 Cricket Chennai Super Kings vs Rajasthan Royals, Match 12
Get the latest updates on IPL 2021, check out the IPL 2021 Schedule and Indian Premier League Live Score . Like us on Facebook or follow us on Twitter for more sports updates. You can also download the NDTV Cricket app for Android or iOS.