Watch: Punjab Kings Show Chris Gayle Can Finish Things Off In Carrom Too

IPL 2021: Chris Gayle showed that he is a champion on the field as well as in a game of carrom. 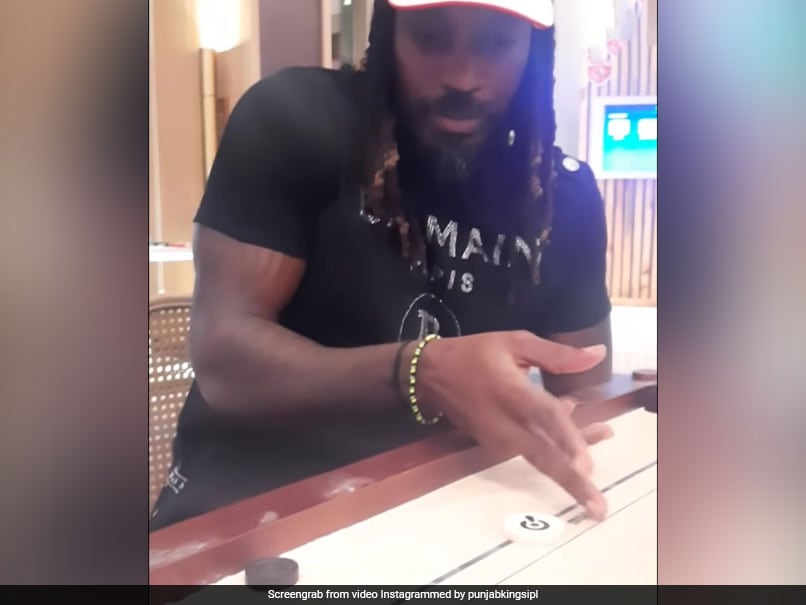 First it was football and now Punjab Kings (PBKS) have shown that Chris Gayle can finish things off in a game of carrom, too. The Indian Premier League (IPL) franchise posted a video of Gayle finishing off a game of carrom by slotting the queen piece. The West Indies cricketer is currently with the franchise for the ongoing IPL 2021 season. Recently, PBKS had also posted a video on Instagram to showcase Gayle's finishing skills in football, where he scored an amazing one-touch goal.

Gayle hasn't really been in the best of form in IPL 2021, having scored 119 runs in six games packed with only 13 fours and five sixes. His form has reflected on Punjab's inconsistent campaign.

The KL Rahul-led outfit are sixth in the eight-team league table, with two wins and four defeats.

Punjab Kings face Royal Challengers Bangalore (RCB) in their upcoming match on Friday and they will be hoping to get back to winning ways. They lost their previous match by five wickets, against Kolkata Knight Riders (KKR).

Chasing a target of 124 runs, KKR reached 126 for five in 16.4 overs courtesy of an unbeaten knock by Eoin Morgan (47). Gayle was dismissed for a one-ball duck, losing his wicket to Shivam Mavi.

The T20 veteran will be hoping to find some form soon with Punjab Kings' playoffs hopes dwindling due to their poor inconsistent run.