IPL 2021: Chris Gayle was one of the standout performers for Punjab Kings against Mumbai Indians and the Bollywood dialogue he tried summed up his reaction. 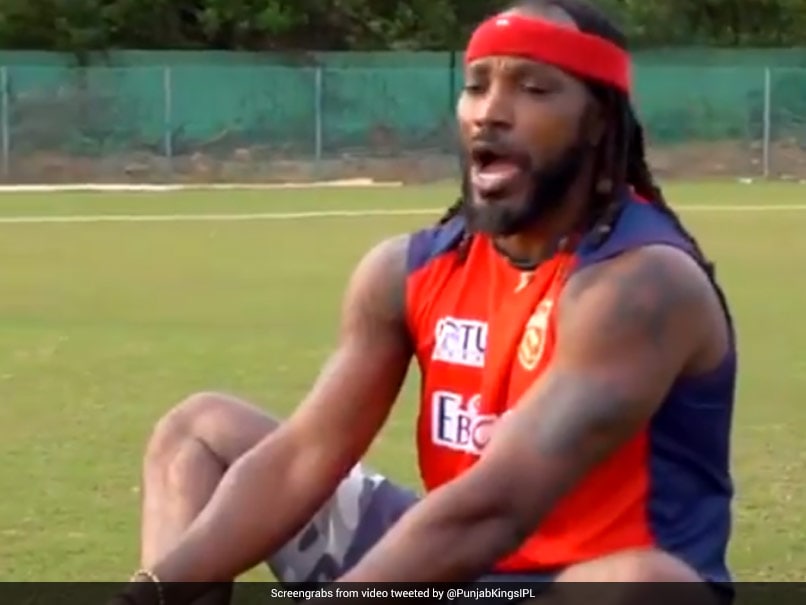 Chris Gaylewas one of the standout performers with the bat for Punjab Kings(PBKS) as they thrashed defending Mumbai Indians by nine wickets in Chennai on Friday, for their second win of the Indian Premier League (IPL) 2021. Known for his attacking flair, Gayle put his natural instincts aside and played per the match situation and scored an unbeaten 43 off 35 balls, with his knock studded with five fours and two maximums. After contributing to his team's win, Gayle was certainly delighted and it was visible in a video that the franchise posted on Twitter on Saturday. In the video, Gayle can be seen trying Amrish Puri's iconic dialogue 'Mogambo khush hua' from 1987 Bollywood movie 'Mr India'.

After two quiet outings in the previous two matches, Gayle batted with caution and stitched an unbeaten 79-run partnership with skipper KL Rahul for the second wicket to get Punjab Kings over the line after three defeats on the trot.

Gayle had begun the IPL 2021 campaign with a brisk 40 against Rajasthan Royals in their opening match but failed to deliver in the next two matches, departing for 10 and 11 against CSK and Delhi Capitals respectively.

Being the champion that he is, Gayle turned things around against the mighty Mumbai Indians and played a crucial knock. With the win, PBKS climbed to the fifth spot on the points table, with four points in their account after as many matches.

Punjab Kings will next face two-time champions Kolkata Knight Riders at the Narendra Modi Stadium in Ahmedabad on April 26.

MA Chidambaram Stadium, Chennai IPL 2021 Cricket
Get the latest updates on SA vs IND 2021-22, check out the Schedule and Live Score . Like us on Facebook or follow us on Twitter for more sports updates. You can also download the NDTV Cricket app for Android or iOS.