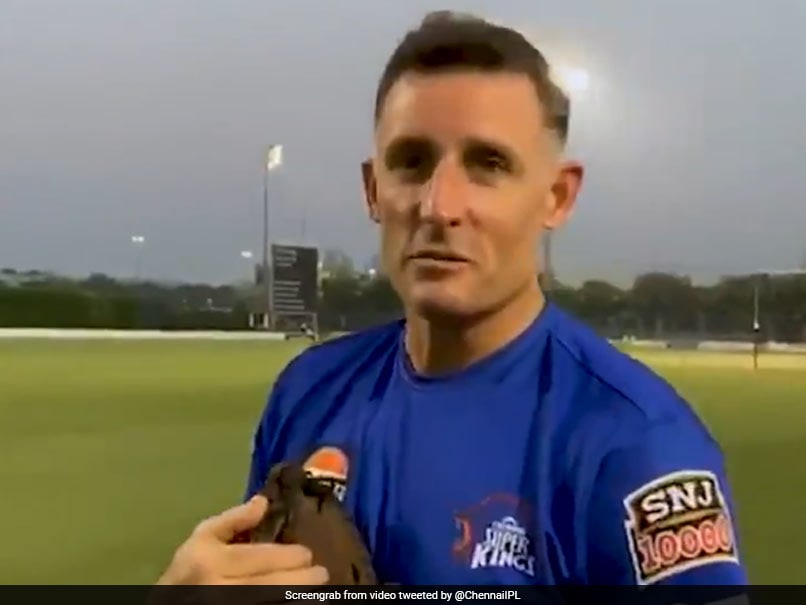 Chennai Super Kings (CSK) batting coach Mike Hussey has tested positive for COVID-19. This comes after the franchise's bowling coach Lakshmipathy Balaji also tested positive for the dreaded virus. Balaji and a support staff member tested positive on May 2. As per IPL protocols the rest of the CSK squad will now remain under isolation, CSK said in a tweet on Tuesday. Both Balaji and the staff member have been isolated from the rest of the squad and they are "in good spirits". In the wake of several players and support staff testing positive for COVID-19, IPL 2021 was postponed by the BCCI on Tuesday.

Earlier, Monday's match between Kolkata Knight Riders and Royal Challengers Bangalore was also postponed after two KKR players tested positive for COVID-19. KKR's Varun Chakravarthy and Sandeep Warrier tested positive for the virus, the IPL said, and both cricketers have been isolated from the rest of the squad.

Chennai Super Kings last played Mumbai Indians on May 1. Rajasthan Royals' last outing in the tournament was on May 2 against SunRisers Hyderabad.

"The Indian Premier League Governing Council (IPL GC) and Board of Control for Cricket in India (BCCI) in an emergency meeting has unanimously decided to postpone IPL 2021 season, with immediate effect," BCCI said in a release.

"The BCCI does not want to compromise on the safety of the players, support staff and the other participants involved in organising the IPL. This decision was taken keeping the safety, health and well-being of all the stakeholders in mind."

BCCI said it will do "everything in its powers to arrange for the secure and safe passage of all the participants in IPL 2021."

On Monday in Delhi, five ground staff of the Delhi and District Cricket Association (DDCA) had tested positive for COVID-19. However, DDCA president Rohan Jaitley said the staff members were not on duty.

Lakshmipathy Balaji
Get the latest updates on Fifa Worldcup 2022 and check out  Fifa World Cup Schedule, Stats and Live Cricket Score. Like us on Facebook or follow us on Twitter for more sports updates. You can also download the NDTV Cricket app for Android or iOS.