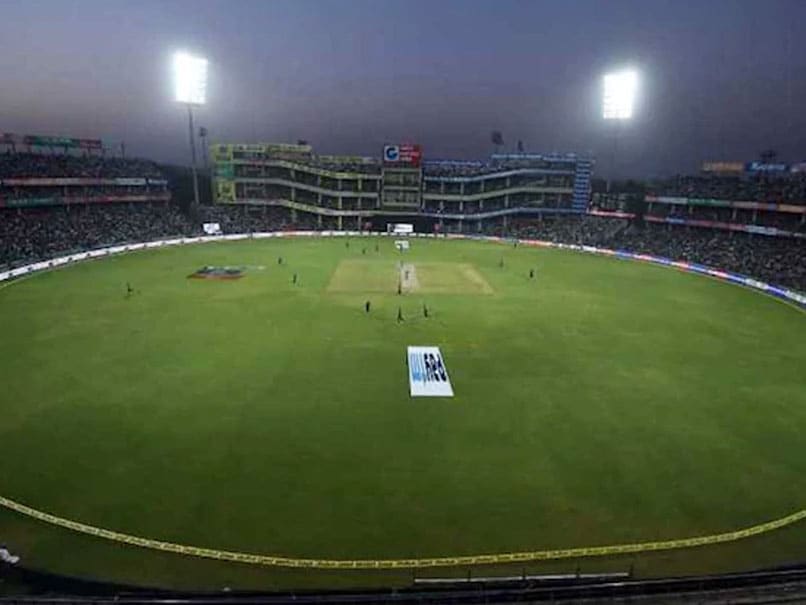 IPL 2021: The Arun Jaitley Stadium in Delhi is scheduled to host IPL games till May 8.© AFP

Five Delhi and Districts Cricket Association (DDCA) ground staff have tested positive for COVID-19. The staff members have been isolated. DDCA's Arun Jaitley Stadium is set to host matches in the Indian Premier League (IPL) 2021 until May 8. However, Rohan Jaitley, DDCA president, said that none of the staff that who tested positive were on duty. This development comes on the same day that two players from Kolkata Knight Riders (KKR) -- Varun Chakravarthy and Sandeep Warrier -- also tested positive for the deadly virus. Delhi is scheduled to host four more IPL matches this season, including the next two games of the tournament.

Mumbai Indians (MI) and SunRisers Hyderabad (SRH) are scheduled to face off in the next game in Delhi on Tuesday.

KKR's match against Royal Challengers Bangalore, originally scheduled for Monday in Ahmedabad, has been postponed due to the positive cases in the KKR camp.

"Both the players (Chakravarthy and Warrier) have isolated themselves from the rest of the squad. The Medical Team is in continuous touch with the duo and are monitoring their health," the IPL said in a release.

The IPL further said that all other members of the KKR squad had returned negative tests.

This was the first reported instance of players at a team testing positive for COVID-19 during IPL 2021.

Earlier, RCB's Devdutt Padikkal and Delhi Capitals' Axar Patel had tested positive for the virus before joining their respective squads.

Delhi is among the cities with the heaviest COVID-19 caseloads in India. Currently, there are over 92,000 active cases in the national capital.