IPL 2021: Kolkata Knight Riders (KKR)'s CEO Venky Mysore gave an update of the situation and the players after IPL match against RCB was rescheduled due to KKR's Varun Chakravarthy and Sandeep Warrier testing positive for Covid-19. 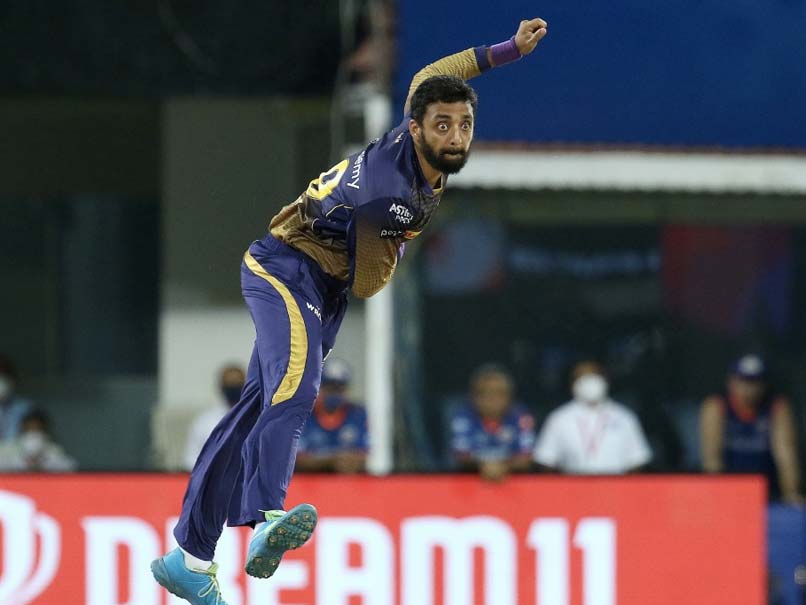 Venky Mysore, chief executive of Kolkata Knight Riders (KKR) has said Sandeep Warrier is doing fine but Varun Chakravarthy is still "under the weather". They both were found to be positive for the coronavirus in the third round of testing in the last four days. According to a statement from the Indian Premier League (IPL), all other team members tested negative for COVID-19. "Difficult times, but I am happy to report that both Varun and Sandeep are doing well. We have taken all the precautions that are necessary and have been advised by the medical teams of IPL and KKR and also getting appropriate advice from outside on what the right thing to do is," Venky told host broadcasters Star Sports as reported by kkr.in

"Sandeep, in particular, is doing fine. No temperature, no other symptoms, and he is feeling good. Varun is still a little under the weather, but better than yesterday and both of them are in good spirits," he added.

The team, including KKR owner Shah Rukh Khan, caught up on a video call to take stock of how everyone was feeling within the camp

Speaking on the immediate steps in consultation with the officials and other governing bodies involved, Venky said, "I think everyone has been very proactive. We found out approximately 24 hours ago about Varun testing positive, so the immediate steps we took was to isolate him, and then later on in the night when we got test results which also involved Sandeep, we put them on a different floor with a different air conditioning ducts system to make sure others are appropriately protected."

"We have asked everybody in the bubble (players, support staff, management, hotel staff and service staff) to quarantine, so they are isolated in their rooms. The food delivery is on a knock and drop basis, which everyone has gotten used to by now," he said.

"The whole idea right now is that it will take perhaps five days, and we are a little fortunate that we have a bit of a break right now because our next game is on May 8 (vs Delhi Capitals (DC))," Venky added.

Speaking about the COVID-19 testing of players, he said: "So the way it works is that the testing people are coming in and ensuring that the samples are taken well before people go to sleep, which is probably midnight or earlier."

"While they are sleeping, you know the next day they process the results, and by the time they wake up, we have the test results, so we know what to do in the event if there is something adverse that comes in," he said.

"But other than Sandeep and, of course, Varun yesterday, everybody else, including hotel staff, everyone involved in the bubble, have all tested negative. So fingers crossed that will continue that way," Venky added.

Further talking about the quarantine process and testing, Venky said, "The target completion date of this five day with this daily testing is the 6th of May."

"The team doctor was on the call as well, and his assessment is that if everything goes well, the plan that we have put in place, we should be able to get the results sometime later in the day on the 6th of May which means that potentially we could even get out that evening for a practice subject to what the coaches want to do and then get ready for 7th and 8th of May depending on when the rescheduled games would potentially take place," he added.

KKR are next scheduled to take on DC on May 8 in Ahmedabad.

Kolkata Knight Riders Varun Chakaravarthy Sandeep Warrier IPL 2021 Cricket
Get the latest updates on ICC T20 Worldcup 2022, check out the Schedule and Live Score. Like us on Facebook or follow us on Twitter for more sports updates. You can also download the NDTV Cricket app for Android or iOS.