Virat Kohli was seen middling the ball during a training session with RCB ahead of IPL 2020. 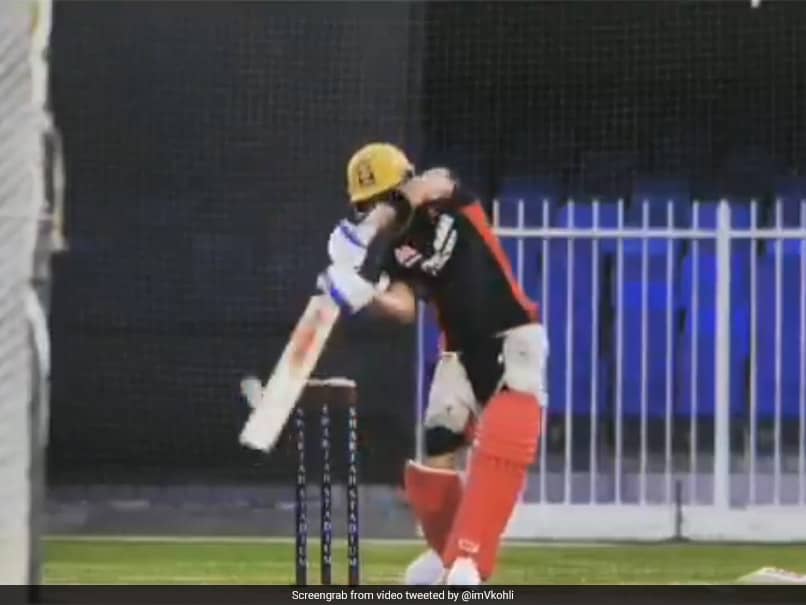 Virat Kohli posted a video of him playing a lofted cover drive.© Twitter

Royal Challengers Bangalore (RCB) skipper Virat Kohli is in full control of his game, and in peak form as the 13th edition of the Indian Premier League (IPL) draws closer. The same was evident in a video posted by Kohli on Twitter, where the batsman is seen dominating. The Team India captain is seen concentrating with his head still, crouching a bit as the bowler inches closer to delivering the ball, before creating enough space to connect bat on ball astutely. Kohli's body remains still as he goes through with the shot, stepping away only after being fully content. "Nothing like a proper cricketing shot," the caption on the video read.

Kohli's dominance extends to other departments of the game as well, which is visible in a video shared by the official RCB Twitter handle. The 31-year-old held a diving, one-handed catch during training, looking extremely focused as he initially started taking his position to complete the catch. The cricketer followed it up with a dive to his right, managing to remain in control of the ball till the very end.

RCB are yet to win the IPL over 12 editions of the tournament, finishing runners-up on three occasions. The franchise finished at the bottom of the points table in the previous season, winning five games out of a total 14.

The 13th edition of the IPL will be played in UAE, with the tournament set to start from September 19. IPL 2020 was moved out of India due to the rising coronavirus cases.