The Indian Premier League has been a happy hunting ground for many Indian batsmen and IPL 2020 would see more such action amid the deserts of UAE. 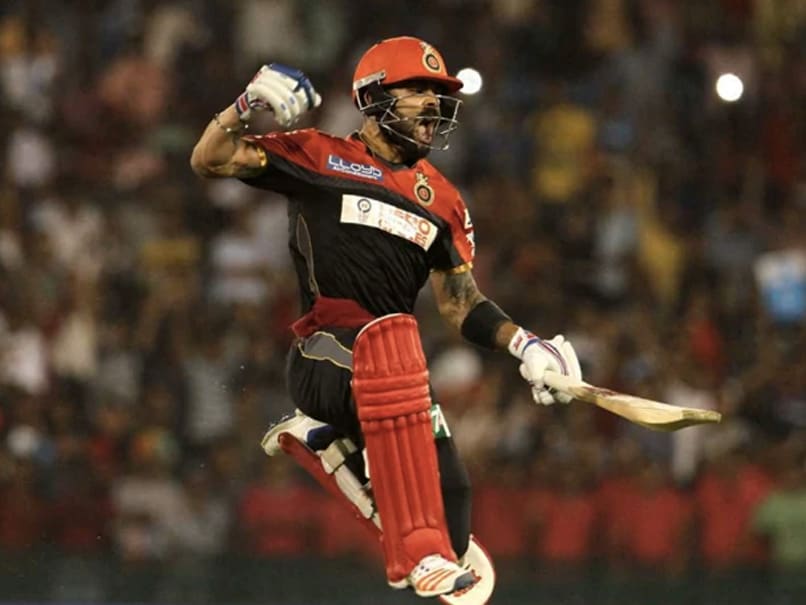 Virat Kohli has rarely had an off season in the Indian Premier League.© BCCI

The Indian Premier League (IPL) has become the breeding ground for Indian batsmen. Over the years many a batsman has risen from IPL ranks and progressed to play for India -- Rishabh Pant, Sanju Samson and Manish Pandey are a few prominent examples. The seasoned all-formats batsmen too have carved a niche for themselves -- Virat Kohli, Suresh Raina and Rohit Sharma are the top three scorers in the IPL. However, the pitches in the UAE, IPL's home this season, are expected to be on the slower side and unlikely to yield the 200-plus scores that are seen in India. Nevertheless, Indian batsmen would see this as the best platform to push their names for higher honours.

Here's a look at the top 10 Indian batsmen to watch out for:

Rohit Sharma has won the IPL five times as a player, including four times as captain of Mumbai Indians, and some credit for this feat lies with Rohit himself who has 4898 IPL runs, the third highest in the league. Equally adept at opening the batting as well as playing in the middle order, Rohit's ability to accelerate towards the death keep him at par with any batsman in the finisher's role.

The big-hitting Pant had a breakthrough 2017 season and went one up in 2018, averaging 52.61 and striking the ball at 173.60 in 14 matches. A wicket-keeper batsman for Delhi Capitals, Pant bats mostly in the top five and relies on his power game for runs. The left-hander has all the shots in his book and he is equally good against pace and spin.

The new KXIP captain has enjoyed a purple patch in IPL in the past two seasons. Having missed the 2017 season due to injury, Rahul returned to the league hungry for runs and satiated his cravings by scoring over 1200 runs in the past two seasons, averaging 54.91 in 2018 and 53.90 in 2019. The strike rates of 158.41 and 135.38 in 2018 and 2019 respectively hint at a change of roles for the batsman in the team but returns of 659 and 593 runs respectively show that he has performed his role with some success.

Dhawan moved to Delhi Capitals from SunRisers Hyderabad before the 2018 season but that hasn't impacted his returns in the league with the bat. Aggregates of 497 and 521 runs in 2018 and 2019 show that the left-hander from Delhi has enjoyed his home turf. Tasked with opening the batting for Delhi, his returns will be crucial for a team that's choc-a-bloc with top order batsmen.

The CSK captain has retired from international cricket and that could show in how he goes about his batting in IPL. Dhoni has led CSK since the league's inception and has won the title three times including 2018, the first season after CSK's ban after IPL 2015 due to spot-fixing allegations. One of the great finishers in limited-overs cricket, Dhoni has the knack for taking the game deep and finishing it off with high percentage shots towards the end of the innings.

Manish Pandey has slipped under the radar at most of the teams he has played in. At Kolkata Knight Riders he was overshadowed by the big-hitting Andre Russell and at SunRisers Hyderabad, the opening pair of David Warner and Jonny Bairstow steal the thunder. However, Pandey was integral to SRH's campaign last season, accumulating 344 runs at 43 and a strike rate of 130.79 batting in the middle order.

The 20-year-old had a breakthrough season with KKR in 2018 but tapered off a bit last season. Nevertheless, returns of 499 runs from two seasons with four fifties merit a longer investment in the youngster and KKR are banking upon the lanky right-handed batsman from Punjab. He is an U-19 World Cup winner and could be best utilized at the top of the order.

Two good seasons at Rajasthan Royals led to an India recall for Sanju Samson. However, opportunities for India were limited in the shortest format and Samson would look to press for some more India honours by building on the previous two IPL seasons where he averaged in the 30s and struck at the ball at 137.81 in 2018 and 148.69 in 2019.

The U-19 World Cup winning captain and the man who scored a century on Test debut for India, Shaw has been a rising star in the echelons of Indian cricket for the past two years. His returns for Delhi Capitals in IPL 2019 were impressive, too: 353 runs at 22.06 and strike rate of 133.71. However, these stats are regressed in comparison to how he played in his debut season in 2018 when he struck the ball at 153.12.

Sanju Samson Prithvi Shaw IPL 2020 Cricket
Get the latest updates on ICC T20 Worldcup 2022 and CWG 2022 check out the Schedule, Live Score and Medals Tally. Like us on Facebook or follow us on Twitter for more sports updates. You can also download the NDTV Cricket app for Android or iOS.