Suresh Raina shared a picture with MS Dhoni and Murali Vijay and said that he is counting the days to get back on the field. 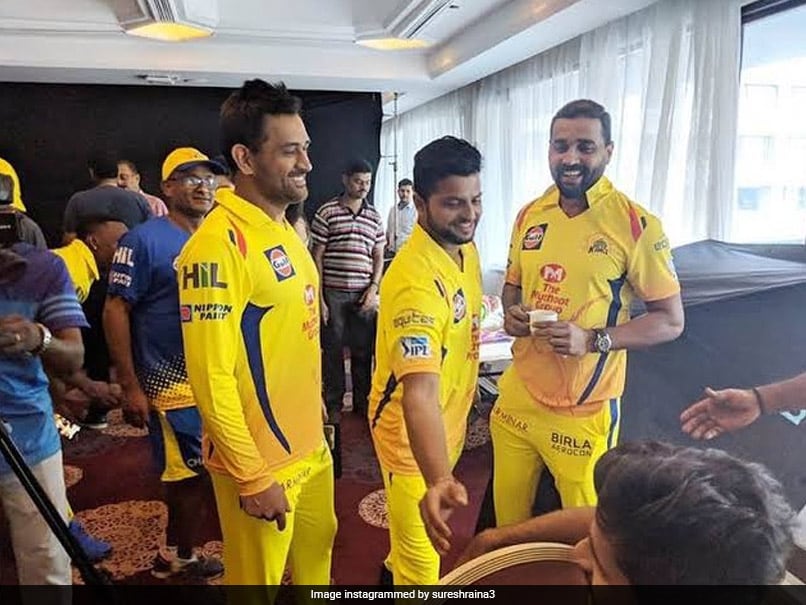 Suresh Raina, the Chennai Super Kings (CSK) batsman shared a photo on Instagram alongside teammates MS Dhoni and Murali Vijay on Sunday. In the picture, MS Dhoni, Suresh Raina and Murali Vijay can be seen smiling as CSK's team manager Russell Radhakrishnan is seen in the background. Suresh Raina in the caption of his Instagram post wrote, "Counting days to get on the field and cherish every minute. Can't wait for the season to begin @mahi7781 @mvj8 @russcsk". This year's Indian Premier League (IPL) is set to begin from September 19 in the UAE and the final of the tournament will be played on November 10.

Counting days to get on the field and cherish every minute. Can't wait for the season to begin @mahi7781 @mvj8 @russcsk

Raina has been regularly sharing posts on his social media accounts as he has started training for the upcoming edition of the IPL. Earlier in the week, the southpaw had shared a video of himself as he batted at the nets. The left-handed batsman looked in good touch as he middled the ball during a net session in Ghaziabad.

This year's IPL, which was earlier scheduled to begin from March 29, was postponed by the Board of Control for Cricket in India (BCCI) due to the coronavirus pandemic.

The Chennai-based franchise will look to win their fourth IPL title when the Twenty20 league gets underway next month.

Chennai Super Kings IPL 2020 Cricket
Get the latest updates on IPL Auction 2023 and check out  IPL 2023 and Live Cricket Score. Like us on Facebook or follow us on Twitter for more sports updates. You can also download the NDTV Cricket app for Android or iOS.