Suresh Raina Shares Video From His Net Session As He Gets Ready For IPL. Watch

With the Indian Premier League 2020 all set to begin in the UAE from September, players are getting back to the nets to clean the rust of months of lockdown. 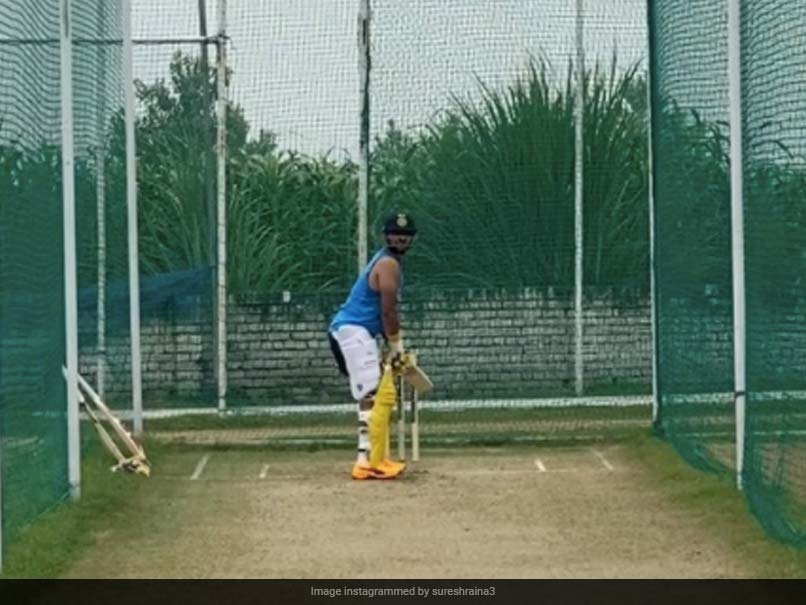 Suresh Raina took to Instagram to share a video of himself as he looks to get ready for the upcoming edition of the Indian Premier League (IPL). In the video, the Chennai Super Kings batsman can be seen batting during a net session as he plays shots on both sides of the wicket. Suresh Raina, in the caption of his post wrote, "Doing what I love doing the most. Practice hard & get prepared! Can't wait to get on the ground now".

Doing what I love doing the most practice hard & get prepared! Can't wait to get on the ground now. #whistlepodu

Suresh Raina keeps sharing fun posts and videos for his followers on his social media handles. Last week, Suresh Raina had taken to Twitter to thank Chennai Super Kings' official handle for sharing a video of himself and MS Dhoni on friendship day. MS Dhoni and Suresh Raina share great camaraderie both on and off the field.

The left-handed batsman is one of the most important players in the Chennai Super Kings line-up. Suresh Raina has won three IPL titles with the team.

In his IPL career so far, Suresh Raina has played 193 matches and has scored 5,368 runs. The southpaw averages 33.34 and has a strike rate of 137.14 in the cash-rich league. He also has one century and 38 half-centuries to his name in the IPL.

With this year's edition of the IPL set to take place from September 19-November 10 in UAE, Raina and his team will be hoping to win the trophy once again. Last year, Chennai Super Kings lost to Mumbai Indians in the final by one run.

Chennai Super Kings IPL 2020 Cricket
Get the latest updates on IPL 2021, check out the IPL 2021 Schedule and Indian Premier League Live Score . Like us on Facebook or follow us on Twitter for more sports updates. You can also download the NDTV Cricket app for Android or iOS.