According to BCCI's SOP, teams have been asked to use electronic team sheets rather than captains carrying hard copies of their playing XI list. 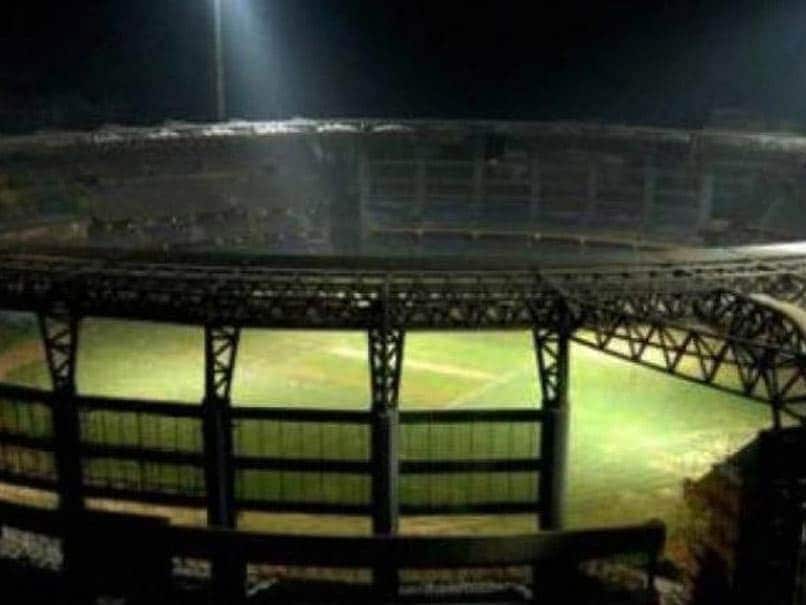 According to BCCI's SOP, players and support staff will not be allowed to leave the bio bubble.© PTI

The BCCI's Standard Operating Procedure (SOP) for the upcoming IPL recommends that teams use "empty stands" as extended dressing rooms for outdoor strategy meetings in order to maintain social distancing. The IPL, to be held from September 19 in the UAE, won't feature any toss mascot this year which means the BCCI will lose out on another avenue of earning sponsorship money. While players and support staff's families can join them, they won't be allowed to travel on the team bus and can't leave the bio bubble.

According to the SOP which was handed to the franchises and is in possession of PTI, the teams will be encouraged to use the stands for dressing room purpose which helps in maintaining social distancing. "The Bio-Secure Environment means only essential staff will be on-site and no members of the public will be allowed".

Therefore there will be more vacant areas at the stadium and hence the dressing room does not have to remain within the traditional area. "Venue Cricket Operation teams should consider using appropriate areas beyond the normal dressing room," the SOP states.

Also, the teams have been asked to use electronic team sheets rather than captains carrying hard copies of their playing XI list.

The SOP also states that franchises might install "Scalene Hypercharge Corona Canon (Shycocan), a device that has the ability to neutralise 99.9 percent of the coronavirus that might be floating in the air in closed spaces."

For the medical team, including physios and masseurs, the SOP recommends that if they need to get in physical contact with the player (massage sessions etc), they have to wear PPE kits.

Players and match officials have been strictly advised to go back to their hotel and have a shower after match days unlike normal times. The other recommendations are mostly those which ICC has already stated in its SOP published couple of months back, including the ban on saliva to shine the ball.

Eight different hotels for the eight participating teams, two mandatory negative COVID-19 test reports before flying to the UAE and punishment for any breach of the bio-secure protocol are part of the BCCI's SOP for the IPL that was handed over to the franchises on Wednesday.

The document, accessed by PTI, states that every franchisee's medical team should obtain the "medical and travel history of all players and support staff" since March 1 this year. "All Indian players and team support staff must undergo two COVID-19 PCR tests, 24 hours apart, in the week before assembling in the franchises' city of choice," it states.

"This will help reduce the risk of cross-infection within the group before flying to the UAE". "Breach of any Bio-Secure Environment protocols by players and team support staff will be punishable under the IPL Code of Conduct Rules".

Anyone testing positive for COVID-19 will be quarantined and after completion of a 14-day period, the individual will have to undergo two COVID-19 tests, 24 hours apart. "...if both test reports are negative, he/she may be allowed to fly out to the UAE".

The rule will apply to all the overseas players and team support staff as well. "After arrival in UAE, there will be tests on Day 1, 3 and 6 with testing every fifth day throughout the tournament". The SOP states that all "franchise teams will be put up in different hotels".

"Team members must be allotted rooms in a separate wing of the hotel that has a separate centralised air conditioning (AC) unit than the rest of the hotel," it adds.

"After the third negative test, team members may be allowed to meet each other within the Bio-Secure Environment. However, wearing a face mask and social distancing protocols must be followed at all times."

The SOP also requires teams to order food in individual rooms and avoid the use of common dining areas "to prevent cross-infection and coming in contact with other hotel guests".

Comments
Topics mentioned in this article
IPL 2020 BCCI Cricket
Get the latest updates on IPL Auction 2023 and check out  IPL 2023 and Live Cricket Score. Like us on Facebook or follow us on Twitter for more sports updates. You can also download the NDTV Cricket app for Android or iOS.