IPL 2020 In UAE From September 19 To November 10, Chinese Sponsors Retained

Government has cleared staging of IPL in the UAE from September 19 to November 10. 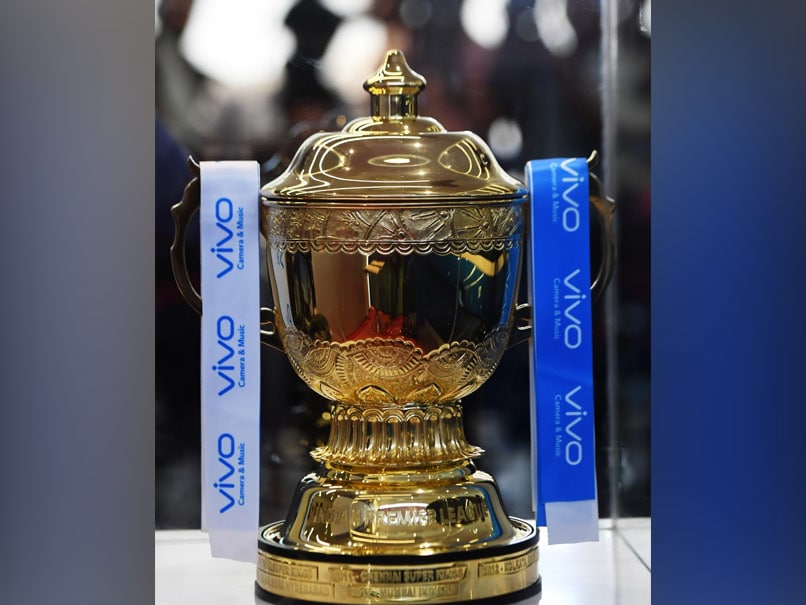 The Indian Premier League's Governing Council on Sunday decided to retain all its sponsors, including Chinese mobile company VIVO, and approved COVID-19 substitutions in the event to be held in UAE this year. The tournament will be played from September 19 to November 10 at three venues in the UAE -- Dubai, Sharjah and Abu Dhabi -- subject to government approval, which is expected in the next couple of days. "The 53-day tournament will witness 10-afternoon matches starting at 15:30 IST while the evening matches will start at 19:30 IST," stated a release from the BCCI.

"Standard Operating Procedure (SOP) is still being prepared but there would be any number of COVID replacements this year," a BCCI official told PTI.

A lingering issue put to rest on Sunday was Chinese sponsorship of the IPL.

It became a bone of contention after violent clashes between the Indian and Chinese troops in eastern Ladakh in June.

India lost 20 soldiers in the showdown, causing outrage across the country after which the BCCI promised to review the deals.

"All I can say is that all our sponsors are with us. Hopefully you can read between the lines," an IPL GC member told PTI on conditions of anonymity after Sunday's meeting.

As IPL title sponsor, VIVO pays around Rs 440 crore per year, a five-year deal that ends in 2022.

It would have been difficult for the Board to get new sponsors at a short notice given the current financially difficult climate.

In another major decision, the IPL GC also approved the women's IPL, a development first reported by PTI after speaking to BCCI president Sourav Ganguly on Sunday.

"Women's T20 Challenge will also take place in the UAE and will comprise three teams with four matches to be played during the IPL Playoff week," stated the Board's press release.

Forced out of India due to the rising coronavirus case count, the IPL will allow unlimited COVID-19 replacements considering the delicate health safety situation across the globe.

"The final will be played on November 10 as it enters the Diwali week making it lucrative for the broadcasters," the IPL GC member said. It is expected that the squad strength in terms of playing members will be 24 for the eight franchises.

"Also the BCCI has received presentations from a Dubai based group on creating a medical facility in the UAE. The BCCI is also in talks with the Tata Group for creating a bio-bubble," the official said.

Major Decisions (Formal clearance by next week) 1. Tournament Duration (53 days) 2. Dates: September 19-November 10 3. Women's IPL approved 4. Squad Strength: 24 players 5. Any number of COVID-19 replacements 6. Tata Group and Dubai-based medical group to give presentation on creating bio-secure bubble. 7. SOP will be handed over to franchises in next 7 to 10 days.

Comments
Topics mentioned in this article
IPL 2020 Cricket
Get the latest updates on Fifa Worldcup 2022 and check out  Fifa World Cup Schedule, Stats and Live Cricket Score. Like us on Facebook or follow us on Twitter for more sports updates. You can also download the NDTV Cricket app for Android or iOS.