Speaking about the incident, Shoaib Akhtar said that he regretted his action and even apologised to MS Dhoni. 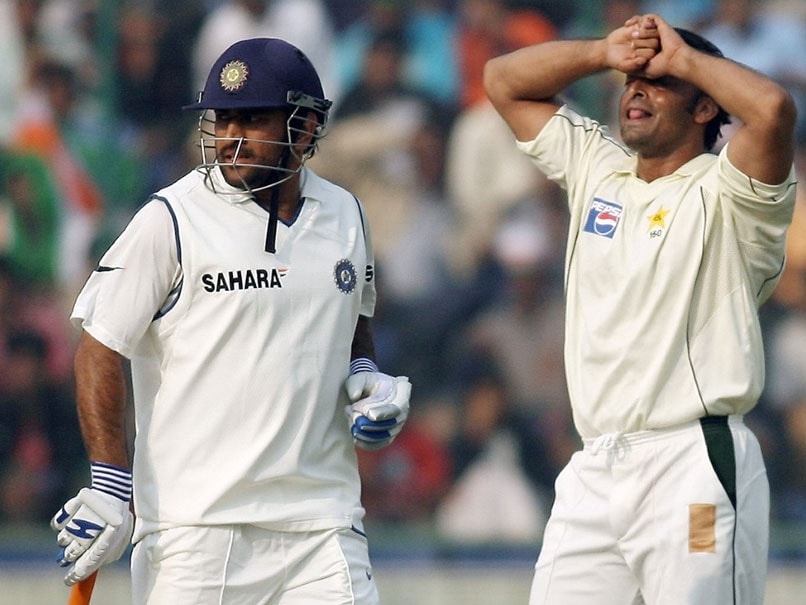 MS Dhoni, during his long international career, played some memorable knocks, frustrating several bowlers on his way to scoring big hundreds. MS Dhoniis widely regarded as a white-ball specialist but during early phase of his career, he played one of his best Test knocks which frustrated former Pakistan fast bowler Shoaib Akhtarso much so that he bowled an intentional beamer and later apologised for it. Speaking about the incident on Aakash Chopra's YouTube channel, Akhtar revealed that it was the the first time in his career that he had purposefully bowled a dangerous delivery to any batsman and later went on to regret it. Akhtar acknowledged that he shouldn't have done that and he even apologised to Dhoni for his action.

Explaining the reason why he got frustrated during that spell, Akhtar said that he was not fully fit and was playing with an injury to his front leg.

"When India came to Pakistan, I had some injury in my landing leg. Still I decided to play by taking injection on daily basis. Doctor would come and numb my leg to give me injections daily. The pitch in Faisalabad was very slow and Dhoni went on to score a hundred," Akhtar told Aakash Chopra on his show 'AakashVani'.

"I think I had bowled a 8-9 over spell in Faisalabad. It was a quick spell and Dhoni scored a hundred. I intentionally bowled a beamer to Dhoni and then apologised to him," said the former fast bowler.

"It was the first time in my life I had bowled a beamer intentionally. I shouldn't have done it. I regretted it a lot. He was playing so well and the wickets were so slow. However fast I was bowling, he kept on hitting. I think I got frustrated," he added.

This incident occurred during the second test of India's tour of Pakistan in 2006. Dhoni scored his maiden Test century in the first innings -- scoring 148 off just 153 balls.

His knock included 19 fours and four hits over the fence as India went on to score a mammoth 603 runs in reply to Pakistan's first innings total of 588 runs.

Pakistan declared their second innings at 490/8, setting India a huge 476-run target to win. The visitors then scored 21 runs for no loss as the match ended in a draw.

MS Dhoni Iqbal Stadium, Faisalabad Cricket
Get the latest updates on IPL Auction 2023 and check out  IPL 2023 and Live Cricket Score. Like us on Facebook or follow us on Twitter for more sports updates. You can also download the NDTV Cricket app for Android or iOS.