Shoaib Akhtar's son Mikaeel was very particular about the cut coming out exactly as he wanted it, as his father observed. 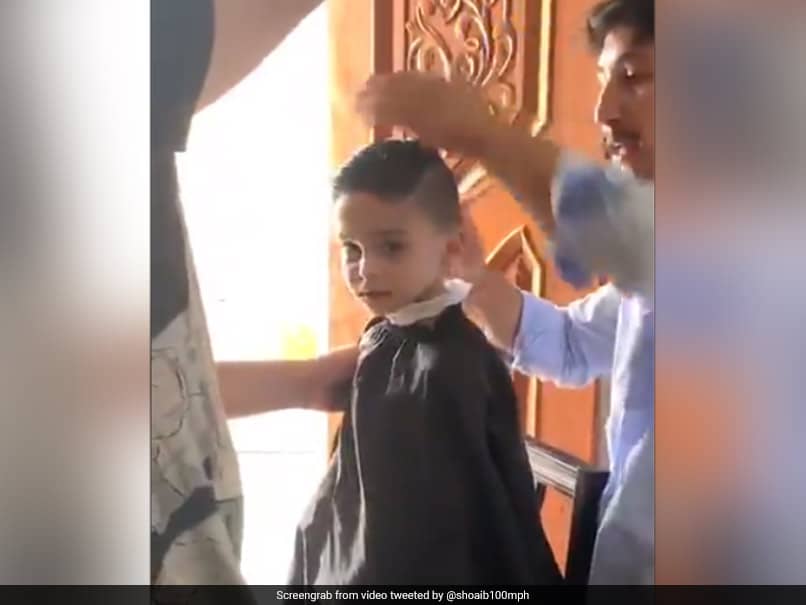 My son Mikaeel's fresh buzz cut he made sure it's done to his satisfaction.. pic.twitter.com/EUUG8YsrIY

Shoaib Akhtar is known for sharing his opinions and is not one to hold back. Last month, Shoaib Akhtar during a YouTube chat with Geo cricket had talked about the Indian Premier League (IPL) and the postponement of the T20 World Cup. Shoaib Akhtar said, "T20 World Cup could have also happened but I had said this earlier that they (BCCI) will not let it happen. He added to this and said, "IPL should not be damaged, let the World Cup go to hell".

The former pacer made his debut in 1997 against West Indies in a Test match at Rawalpindi. During his Test career, Shoaib Akhtar featured in 46 Test matches and picked up 178 wickets with an economy rate of 3.37.

In One-day Internationals (ODIs), Shoaib made his debut in 1998 against Zimbabwe at Harare. The pacer ended up playing 164 matches and took 247 wickets with an economy rate of 4.76 which included 4 five-wicket hauls.

In T20 Internationals, the former Pakistani pacer played 15 matches and took 19 wickets with an economy rate of 8.15.