The IPL franchises are breaking the bank to create state of the art facilities for their players and the SunRisers Hyderabad recreation room is right up there. 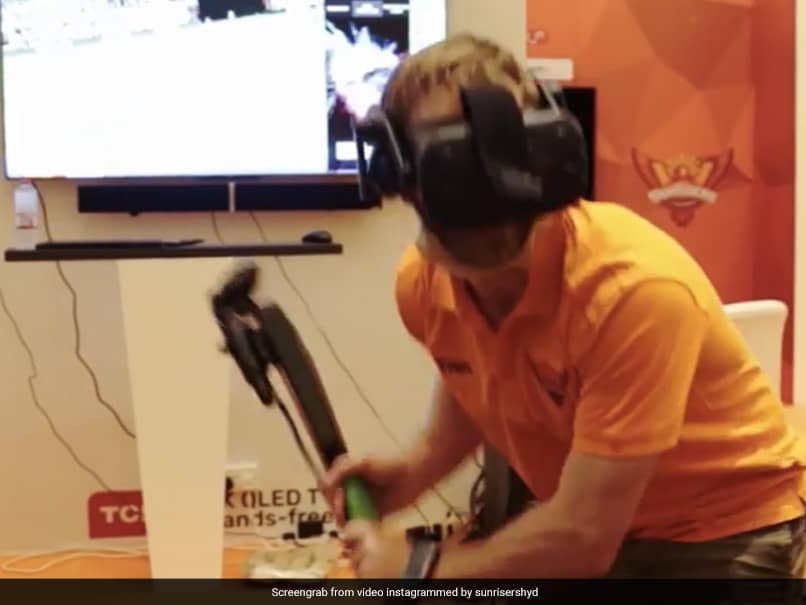 SunRisers Hyderabad also have PlayStation VR in their recreation room in their bio-secure bubble.© Instagram

With the Indian Premier League (IPL) set to begin on September 19, SunRisers Hyderabad (SRH) took to social media to give a sneak peek as to what the cricketers have been doing for recreation in their bio-secure bubble in United Arab Emirates (UAE). Taking to Instagram, the club posted a video and captioned it as, "Welcome to our team room Where friends become rivals but eventually become family SRH recreation room powered by @tcl_india! #OrangeArmy #KeepRising #IPL2020 #SRH". In the video, the recreation is filled with diverse options ranging from carrom, table tennis, Fussball, PlayStations with Virtual Reality. Indian pacer Bhuvneshwar Kumar can also be seen enjoying a game of FIFA in a PS4 with his teammates.

Captained by David Warner, SRH will be aiming to put in a good display in IPL 2020. Other than Warner, the team also has the likes of Rashid Khan, Kumar, Kane Williamson, Manish Pandey and Jonny Bairstow.

Last season, their top run-scorer was Kane Williamson (735 runs) and their top wicket-taker position was shared by Rashid Khan and Siddarth Kaul (21 wickets).

SRH will play their first match of IPL 2020 on September 21, when they face RCB. IPL 2020 has been shifted to UAE due to the rising COVID-19 cases in India.

Sunrisers Hyderabad IPL 2020 Cricket
Get the latest updates on IPL 2021, IPL Points Table , IPL Schedule 2021 , live score . Like us on Facebook or follow us on Twitter for more sports updates. You can also download the NDTV Cricket app for Android or iOS.