"Look Who's On His Way": New Zealand Star Set To Join SunRisers Hyderabad Squad In UAE

Kane Williamson and Jimmy Neesham, who will be playing for Kings XI Punjab, headed for the UAE ahead of IPL 2020. 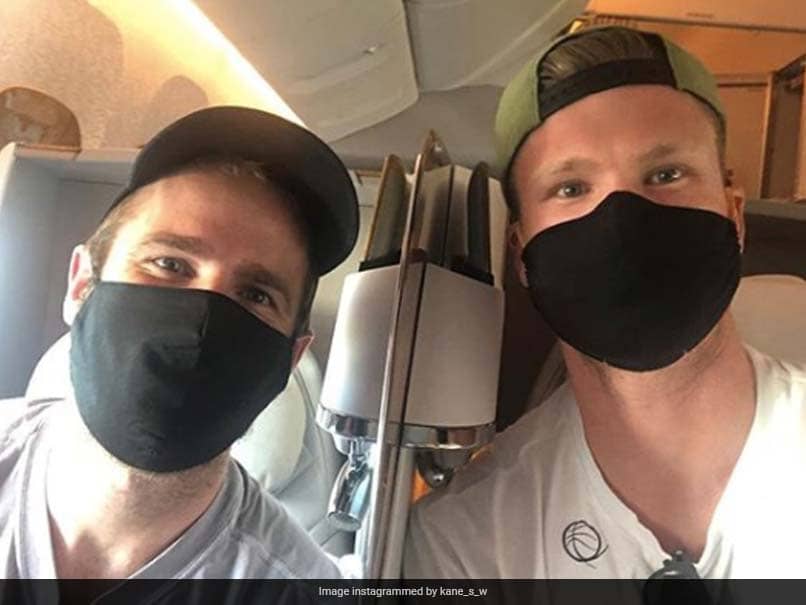 Kane Williamson (L) will be playing for SRH while Jimmy Neesham (R) is in the Kings XI Punjab squad.© Instagram

SunRisers Hyderabad are set to welcome star player and New Zealand captain Kane Williamson to their squad in the United Arab Emirates (UAE). Williamson posted a picture on his official Instagram handle, sitting in a plane next to compatriot Jimmy Neesham, who will be appearing for the Kings XI Punjab in IPL 2020. The Black Caps skipper wrote that he was looking forward to "catching up" with the SunRisers Hyderabad squad. "First trip in a while! ?? Looking forward to catching up with the Orange army," Williamson captioned his post on Instagram.

First trip in a while! Looking forward to catching up with the Orange army #orangearmy #sunrisers #ipl

SunRisers Hyderabad shared the picture on their official Twitter handle, captioning it, "Look who's on his way to UAE".

Before leaving for the UAE, Williamson had spoken about his "apprehension" of playing the tournament after 13 members of the Chennai Super Kings camp tested positive for coronavirus, out of which two were players.

"That's part of the reason why they made every team stay at a different hotel," news agency PTI had quoted Williamson as saying to 'Radio New Zealand'.

"Obviously there's a little bit of apprehension, certainly as you get nearer to the time. Now it's two days out you start thinking you do have to be extremely vigilant and disciplined.".

"But obviously that's bad news. You don't want to hear anybody has COVID. I hear they are predominantly asymptomatic so hopefully through another lockdown period they can come through and will be okay," said Williamson

He is among a host of New Zealand stars that will be taking part in IPL 2020.

James Neesham IPL 2020 Cricket
Get the latest updates on India vs Australia Series, check out the India vs Australia Schedule for 2020-21 and Ind vs Aus live score . Like us on Facebook or follow us on Twitter for more sports updates. You can also download the NDTV Cricket app for Android or iOS.