IPL 2020: Shikhar Dhawan Gets Back In Rhythm With Delhi Capitals Training Sessions. Watch

Delhi Capitals batsman Shikhar Dhawan on Saturday shared a video on Twitter which shows him playing a wide range of strokes. 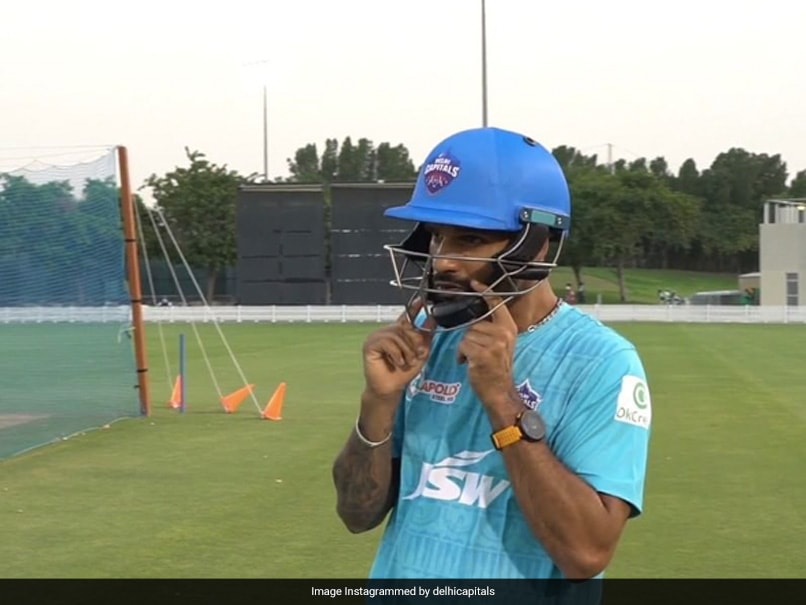 Shikhar Dhawan stated that he was getting back in rhythm ahead of IPL 2020.© Instagram

Delhi Capitals (DC) batsman Shikhar Dhawan on Saturday shared a video on Twitter which shows him playing a wide range of strokes during practice sesions, with some of the shots quite unconventional in nature. Dhawan stated that he was getting back in rhythm and went on to express his love for middling the ball. "Getting back into the rhythm - step by step! Love middling the ball," read the caption on the tweet. Here is the video which has been shared by the 34-year-old:

Getting back into the rhythm - step by step! Love middling the ball pic.twitter.com/Yr7iHM43PX

DC will be missing out on the services of England cricketers Jason Roy and Chris Woakes who opted out of the 13th edition of the Indian Premier League (IPL). Woakes and Roy have been replaced by South African fast bowler Anrich Nortje and Australian pacer Danial Sams, respectively, in the squad for IPL 2020.

DC have never won the IPL over the past 12 editions but came close to winning the trophy in the 2019 edition of the tournament. The Delhi-based franchise missed out on a berth in the final following a defeat against Chennai Super Kings (CSK) in the playoffs by six wickets.

The 13th edition of the IPL will start on September 19, with defending champions Mumbai Indians (MI) taking on Chennai Super Kings (CSK) in the opener. DC will start their league campaign with a clash against Kings XI Punjab (KXIP) on September 20.

The tournament will be held in the United Arab Emirates (UAE) this year. It was earlier scheduled to be held in India before being moved out of the country due to the rising number of coronavirus cases.

Shikhar Dhawan Cricket
Get the latest updates on India vs Australia and check out  Schedule, Results and Live Score. Like us on Facebook or follow us on Twitter for more sports updates. You can also download the NDTV Cricket app for Android or iOS.