Yuzvendra Chahal trolled Shikhar Dhawan with a witty remark following a video posted by the batsman on his official Instagram handle. 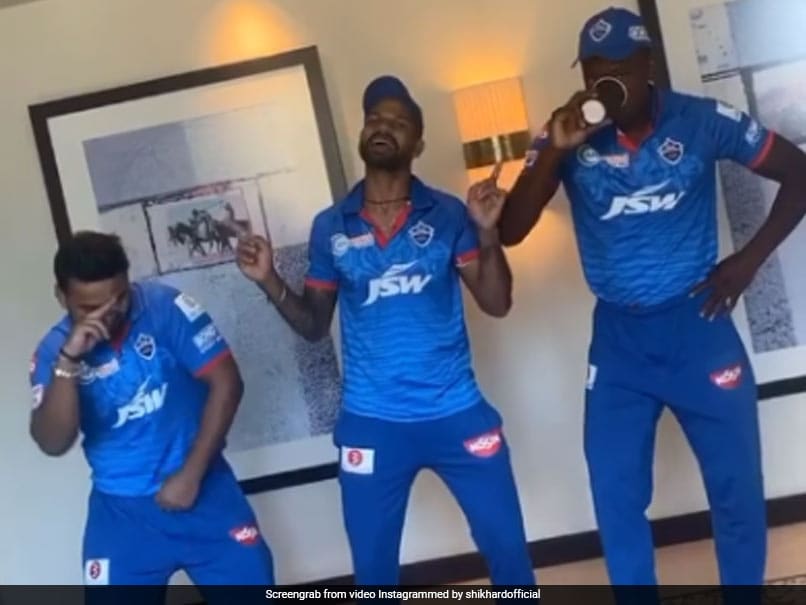 Shikhar Dhawan, Rishabh Pant and Kagiso Rabada seem to be having a lot of fun in the video.© Instagram

Yuzvendra Chahal trolled Shikhar Dhawan with a witty remark following a video posted by Dhawan on his official Instagram handle. Dhawan was seen dancing to the MC Hammer song "U Can't Touch This", along with Rishabh Pant and Kagiso Rabada. "Bade touchey ho rahe ho bhaiya. Good one," replied Chahal in the comments section. Dhawan, Pant and Rabada seem to be having a lot of fun in the video, as the trio groove to the song, with the South African pacer juggling a cup in his hand during the performance. 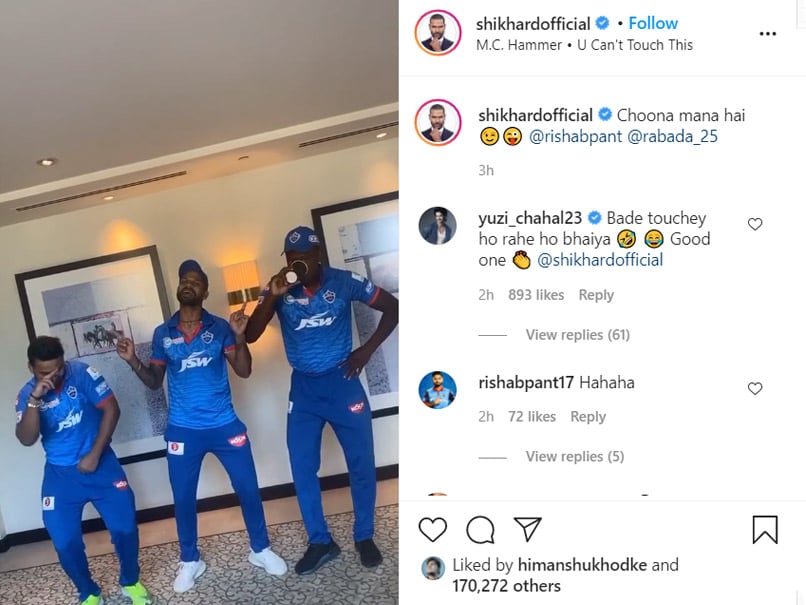 The four players are currently in the United Arab Emirates (UAE) for the upcoming edition of the Indian Premier League (IPL). Chahal will represent Royal Challengers Bangalore (RCB). Dhawan, Pant and Rabada will feature for Delhi Capitals (DC).

Both the franchises are yet to win the IPL. The 13th edition of the tournament will start from September 19, with defending champions Mumbai Indians (MI) battling it out against Chennai Super Kings (CSK) in the opening clash. This will mark a repeat of last year's summit clash.

DC will kick off their league clashes with a match against Kings XI Punjab on September 20 in Dubai. RCB will start their campaign with a clash against SunRisers Hyderabad (SRH) on September 21 in the same city.

Dubai will host 24 matches, while Abu Dhabi and Sharjah will play host to 20 and 12 games respectively.

The tournament was initially supposed to be held in India from March but was postponed due to the coronavirus pandemic.