Royal Challengers Bangalore will play their first match of IPL 2020 on September 21, when they face SunRisers Hyderabad. 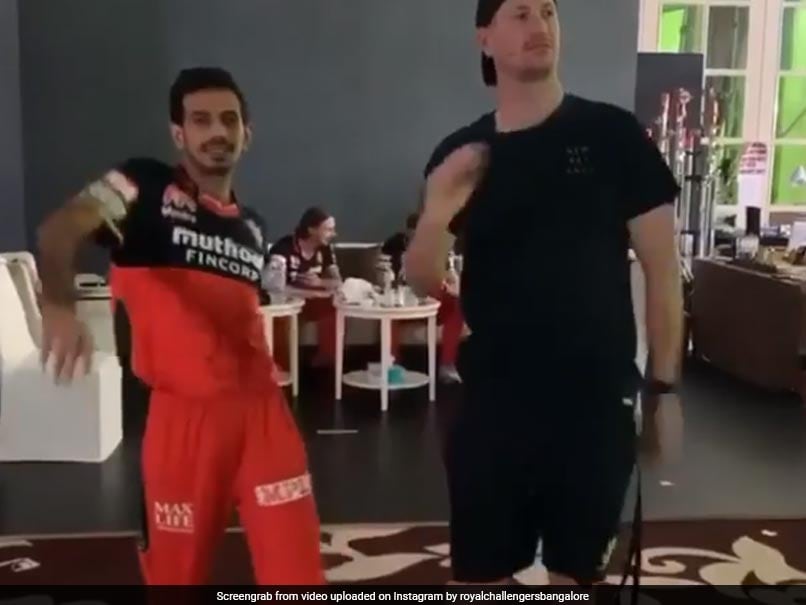 Yuzvendra Chahal and Chris Morris will be aiming to have a good IPL 2020 season.© Instagram

With the Indian Premier League (IPL) set to begin on September 19, Royal Challengers Bangalore (RCB) have reposted a video by Yuzvendra Chahal on Instagram. The video has been captioned as, "Gangsta mode #PlayBold #IPL2020 #WeAreChallengers #REPOST @yuzi_chahal23 Cruising into IPL week! @tipo_morris". In the video, the Indian spinner can be seen dancing with South African Chris Morris. Chahal and Morris are shown to be walking in a groovy manner, which synchronises with the background music.

A post shared by Royal Challengers Bangalore (@royalchallengersbangalore) on Sep 15, 2020 at 3:12am PDT

Fans praised the video, with RCB fans pouring their love for the club. One fan commented, "RCB is going rick this season". Many also praised Chahal for the ease he displayed in the video.

Last season, Chahal notched 18 wickets off 14 matches. Meanwhile, Morris who is an all-rounder, played for Delhi Capitals last season, who released him ahead of the 2020 IPL auction. In nine matches last season, he registered 32 runs. He also took 13 wickets off nine fixtures.

Chahal and Morris are currently in the United Arab Emirates (UAE). IPL 2020 has been shifted away from India due to rising coronavirus cases. RCB have never won the IPL title, and will be hoping to put in a strong display in this season.

South Africa Cricket Team Cricket
Get the latest updates on SA vs IND 2021-22, check out the Schedule and Live Score . Like us on Facebook or follow us on Twitter for more sports updates. You can also download the NDTV Cricket app for Android or iOS.