IPL 2020, RCB vs MI: Virat Kohli and Rohit Sharma will go head to head as Royal Challengers Bangalore take on Mumbai Indians in Dubai on Monday. 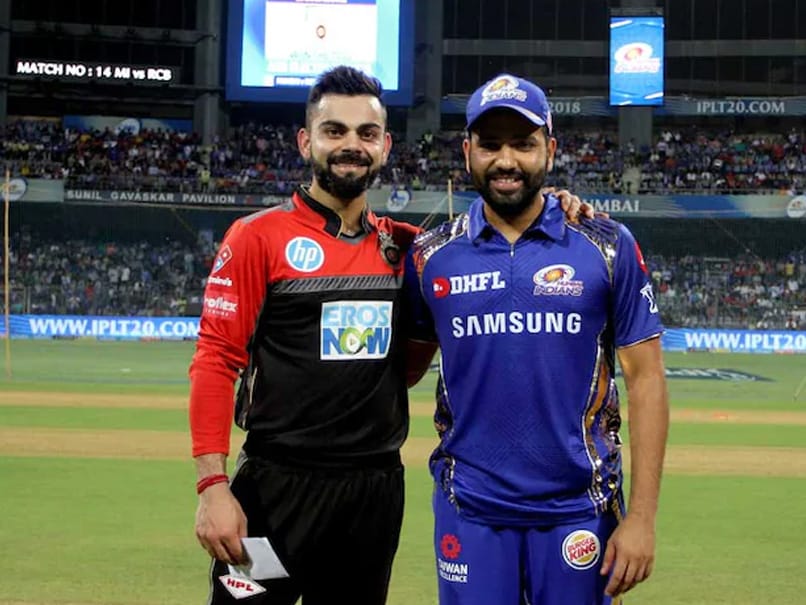 IPL 2020, RCB vs MI: Virat Kohli and Rohit Sharma had contrasting fortunes with the bat so far.© BCCI/IPL

Royal Challengers Bangalore vs Mumbai Indians will showcase two of India's biggest stars -- Virat Kohli and Rohit Sharma -- go head to head. The RCB vs MI clash is one of the most followed games in the IPL thanks to some huge international stars on the roster. Dubai will be the scene of the clash with the likes of AB de Villiers, Aaron Finch, Kieron Pollard, Jasprit Bumrah among others taking the field. However, both teams go into the match on the back of contrasting performances and results.

While Mumbai Indians overcame their opening day defeat to Chennai Super Kings (CSK) by outclassing Kolkata Knight Riders in Abu Dhabi in their second game, RCB, who got the better of SunRisers Hyderabad in their first game, were humiliated by Kings XI Punjab in their previous match.

Both teams have a defeat and a win in the two matches they have played but the manner in which RCB capitulated in their chase against KXIP, will give the edge to Mumbai.

The two captains and superstars of Indian cricket have also had contrasting fortunes with the bat so far in IPL 2020. Rohit Sharma failed to deliver in the IPL 2020 opener against CSK but bounced back in style smashing a brilliant 80 off 54 balls (3 fours and six sixes) to send out an early warning to his rivals.

Virat Kohli, on the other hand, has struggled to get going in RCB's opening two matches, which will be a worrisome sign for the team. The RCB skipper was dismissed for 14 against SRH and managed a paltry 1 off 5 balls against Kings XI Punjab as the team folded for 109 in 17 overs.

He also dropped two easy catches both off KL Rahul, a rare occurrence for one of the best fielders in the world. But what better stage to bounce back and make a statement than against Rohit Sharma's defending champions.

RCB's bowling is once again a cause of concern for the team. Umesh Yadav has been woeful in the two matches. The Indian pacer went for 48 off 4 overs against SRH and was then carted for 35 off his 3 overs by KXIP.

Dale Steyn too has struggled to his stride and has been taken for plenty in both games. However, it's not been all gloom and doom for RCB. Yuzvendra Chahal has been absolutely brilliant for the team. He took three wickets for just 18 runs, spinning RCB to victory against SRH while in the match against Punjab, he went for just 25 off his four overs, taking the big wicket of Mayank Agarwal.

Meanwhile, Mumbai after a stuttering start are showing signs of getting to their best. Saurabh Tiwary stood out for his team in the loss against CSK while Suryakumar Yadav put his hands up in the win over KKR, giving Rohit company.

There were cameos from Hardik Pandya and Kieron Pollard as well as Mumbai romped to 195 for 5 against a hapless KKR.

Trent Boult, James Pattinson and Jasprit Bumrah are a fearsome trio, taking two wickets apiece against KKR, while spinner Rahul Chahar too impressed with the ball.

Virat Kohli IPL 2020 Royal Challengers Bangalore vs Mumbai Indians, Match 10 Cricket
Get the latest updates on India vs South Africa and check out  Schedule, Results and Live Score. Like us on Facebook or follow us on Twitter for more sports updates. You can also download the NDTV Cricket app for Android or iOS.